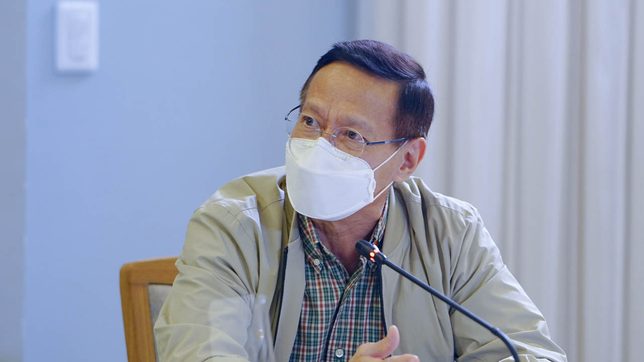 “This evidently shows how incapable Secretary Duque is to effectively manage and lead the country’s health system together with his personal agendas to defraud the Filipinos and deprive them of their right to health,” the Philippine Medical Students’ Association (PMSA) said in a statement on Friday, August 13.

Duque had already said that the Department of Health (DOH) would submit additional documentation to the Commission on Audit. The Department of Justice (DOJ), the Office of the Ombudsman, as well as Malacañang, have said that they would wait until the DOH fully complied.

Even the COA released a rare clarification, saying that the audit report did not make a finding that there were funds lost due to corruption, and that the DOH could still comply.

Corruption can be a legal term, and in many court cases, there needs to be proof of personal gain for it to be called such.

But for the PMSA, deficient use of billions of funds in a pandemic that has devastated millions of Filipinos is already a form of corruption.

“As the COVID-19 crisis has been waging its devastating impacts to the already perishing Philippine health care system for over a year, the billions worth of unused and deficient funds underscore the criminal negligence and gross corruption of the DOH under Secretary Duque and the Duterte administration,” the PMSA said.

As for the Philippine Health Insurance Corporation (PhilHealth), the COA report said DOH incurred P944 million worth of misstatements, partly due to unrecorded reimbursements from the Interim Reimbursement Mechanism (IRM) fund.

This reflected a complaint already filed by the National Bureau of Investigation (NBI), which accused PhilHealth executives, excluding Duque, of designing a scheme that would favor some hospitals and clinics for the IRM payouts.

“The COA audit proved what the PMSA and the health sector have been calling out regarding the very poor leadership and failed COVID-response of the DOH under the helm of Secretary Francisco Duque,” said the PMSA.

Just as senators had done on several occasions, the PMSA asked Duque to resign, or for President Rodrigo Duterte to fire him.

The Senate will investigate the audit of DOH next week.