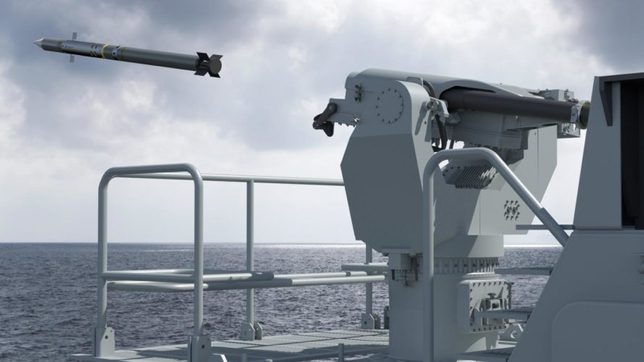 NAVY GOES HI-TECH. A computer-generated image of the surface-to-air missiles.

The Philippine Navy received its first-ever surface-to-air missiles from a French-based missile company last week, as part of the its Frigate Acquisition Project under the military’s modernization program.

On Friday, October 8, the Navy received the Mistral 3 Surface-to-Air Missiles at the Subic Bay International Airport. The Navy said they will be used for BRP Jose Rizal (FF150) and BRP Antonio Luna (FF151), which are the Philippine military’s most modern naval warships.

The missiles will enhance the maritime operations of the Navy’s two modern ships and beef up its anti-air warfare capability.

Surface-to-air missiles use systems for both short range and beyond visual range fire-and-forget weapons. The missiles, such as the ones manufactured by the French, have high precision in long and stand-off range.

“The procurement of missile systems is cost-effective and a reliable addition to a layered defense system, capable of denying enemy intrusion and deterring future attacks by external threats,” military spokesperson Colonel Ramon Zagala said in a statement Sunday, October 10.

In a pooled interview with reporters on Sunday, Navy flag officer in command Vice Admiral Adeluis Bordado said the Navy is expecting another set set of missile technology in March 2022.

As early as 2016, China, which continues to claim maritime features within the West Philippine Sea, reportedly deployed ships with surface-to-air missiles in Philippine waters.

It was in 2019 when the Philippine Navy received its first-ever missile-capable warship, the BRP Jose Rizal. In 2021, the Navy’s second frigate, the BRP Antonio Luna, arrived in Philippine waters. – Rappler.com