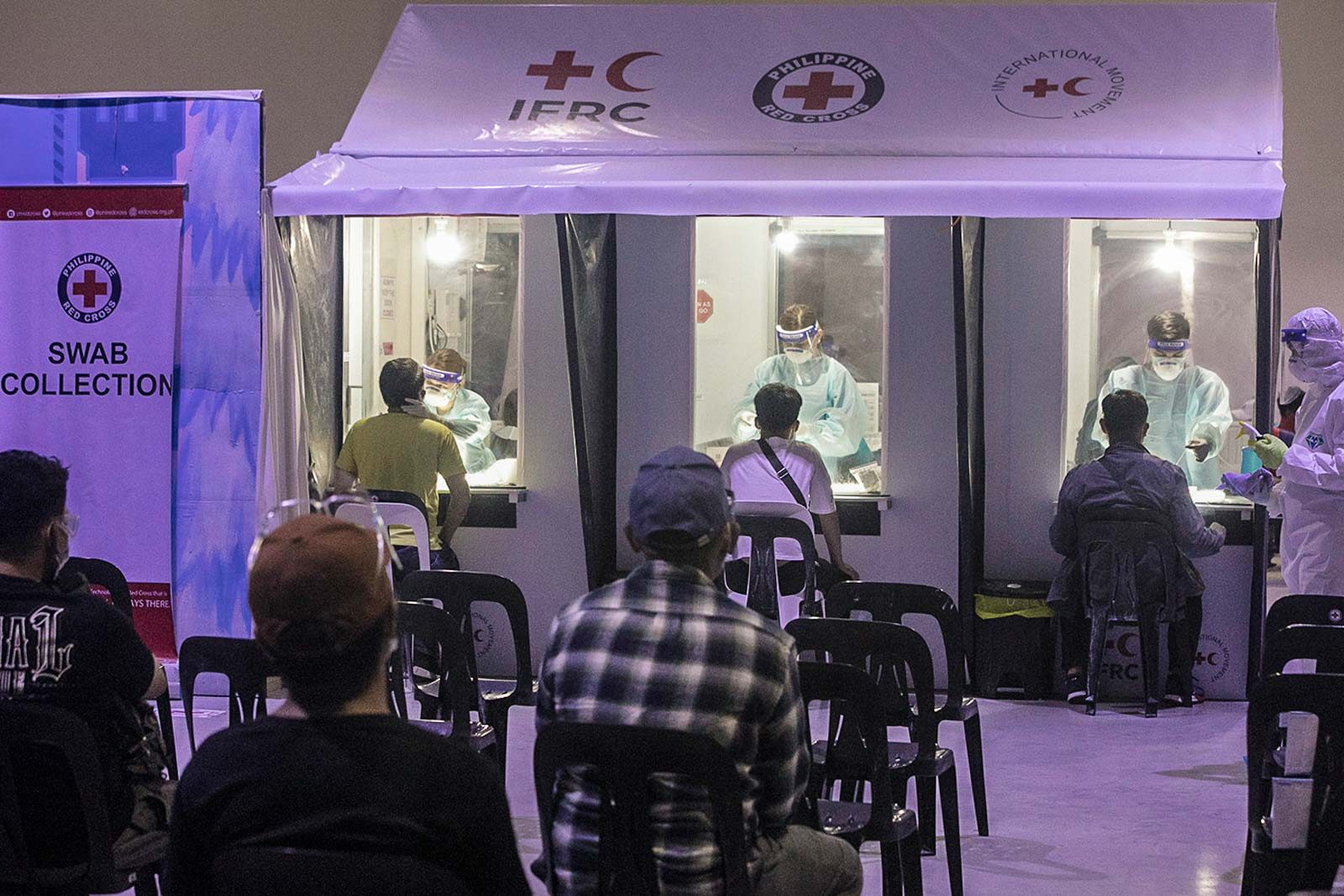 Senator Richard Gordon, who is also the chairman of the Philippine Red Cross (PRC), said that the PRC was eyeing to purchase its own COVID-19 vaccines from pharmaceutical companies Pfizer and AstraZeneca.

In a virtual press briefing on Tuesday, January 5, Gordon said that they were already talking with the vaccine manufacturers to buy doses of COVID-19 vaccines that would be sold to Filipinos on a “buy 1, donate 1” scheme.

Gordon said that PRC has set aside some $20 million or P961 million for its vaccination program.

According to Gordon, should the deal with the 2 pharmaceutical companies push through, PRC frontliners will be among the top priority recipients of the vaccines while the rest of the vaccines will be sold to Filipinos.

The senator said that the PRC was still studying the possible cost of the vaccine shot under this program but he said that it would most likely be less than P1,500.

Gordon said that the PRC would sell the vaccine in the “buy 1, donate 1” scheme in which those who will avail of the vaccine shots from them will also donate for the vaccination of others, if they could afford it.

“My dream there, for example, if I donate one, you will also vaccinate me. For example, if I get the shot, my family, I will also sponsor the vaccination of others. We are not selfish. We should define ourselves as a sharing nation,“ he explained in a mix of Filipino and English.

Gordon said that while the deal has yet not been finalized, PRC was willing to help the government with its vaccination program.

As western countries and other developed nations have launched their vaccination programs, developing countries have not started inoculating their citizens. In the Philippines, though government rolled out a controversial, unauthorized inoculation of several top government officials and the security detail of President Rodrigo Duterte.

The Philippines has only so far secured 2.6 million doses of AstraZeneca vaccines paid for by private companies. Vaccine czar Carlito Galvez Jr said he expected the Sinovac vaccine from China to arrive the earliest in March.

In December 31, the World Health Organization listed Pfizer COVID-19 vaccine for emergency use, in a move seeking to speed up access in the developing world.

The raging pandemic has so far infected over 85 million people globally. In the Philippines, a total of 479,693 have been infected with the deadly virus as of January 5. Of the total, 9,321 have died while 448,375 have recovered. – Rappler.com