Cesar Veloso, father of Mary Jane Veloso, who is convicted in Indonesia for drug trafficking, attends the UCCP fellowship, to urge the government of the Philippines through the state visit of President Marcos in Indonesia for the clemency of her daughter, on September 5, 2022. Jire Carreon/Rappler 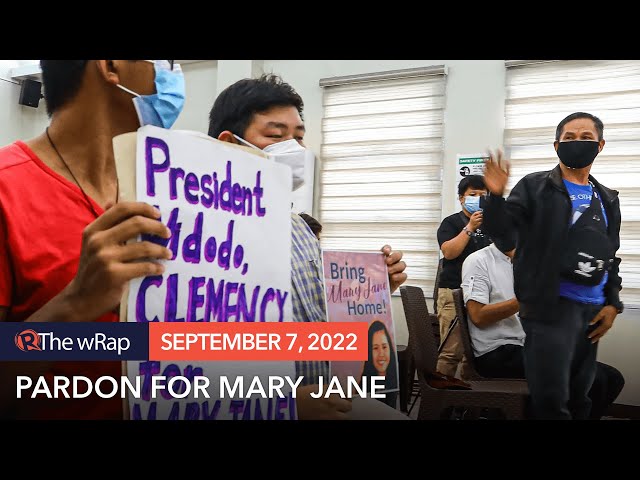 MANILA, Philippines – The Philippines has requested Indonesia to pardon jailed Filipino Mary Jane Veloso, who has been incarcerated since 2010 over drug trafficking charges.

In a statement released via state-run PTV on Tuesday, September 6, the Department of Foreign Affairs said Foreign Secretary Enrique Manalo on September 4 asked of his Indonesian counterpart that the Filipina be granted executive clemency.

The meeting between Manalo and Indonesian Foreign Minister Retno Marsudi happened on the sidelines of President Ferdinand Marcos Jr’s state visit to Indonesia.

In a separate taped video statement, Press Secretary Trixie Cruz-Angeles said Marsudi told the Philippine delegation that they would consult their Ministry of Justice.

Veloso was arrested in Yogyakarta in 2010 after she unwittingly brought with her a suitcase packed with over 2.6 kilograms of heroin.

Within 6 months of her arrest, Veloso was sentenced to the death penalty.

She has requested for clemency before but was rejected in 2015. It was that rejection – and the threat of execution – that first turned Mary Jane Veloso into a household name in the Philippines.

The Philippine government then, led by the late Benigno Aquino III, held last-minute talks – with the late president even breaking protocol – to stop Veloso’s slated execution by firing squad. Marsudi was also the official whom Aquino himself spoke to in a bid to save Veloso’s life.

The DFA, in their statement, said they are in constant contact with Veloso, who is represented by Indonesian law firm on retainer by the Philippine Embassy there. She is currently detained at the Wonosari Women’s Penitentiary in Yogyakarta. – Rappler.com