MANILA, Philippines – After a long fight by lawmakers and advocates, the Philippines now has a total ban on child marriage in the country.

Malacañang sent reporters a copy of the new law, Republic Act No. 11596 on Thursday, January 6. It bears President Rodrigo Duterte’s signature, dated December 10. This is in contrast to House Deputy Speaker Bernadette Herrera-Dy’s claim last December 30 on her Facebook page that the bill had lapsed into law.

The consolidated measure imposes penalties on facilitation and solemnization of child marriage, and the cohabitation of an adult with a child outside wedlock. Violators can face jail time up to 10 years and pay fines up to P50,000.

Below is a copy of the law.

“No child must be forced to marry anyone. We must be free to choose who we want to spend the rest of our lives with,” said Herrera-Dy on Thursday in a Facebook post.

Violators who are public officers are to be dismissed from service and may be perpetually disqualified from holding office, if courts decide such a penalty is merited.

Facilitation and solemnization of child marriage and cohabitation of an adult with a child outside wedlock are considered public crimes by the law, hence cases can be initiated by any concerned individual.

The law also states that child marriage is void ab initio, or void from the beginning.

As further prevention of child marriages, the measure orders the government to empower children through information, skills, and support networks; improve their access to education; and make strategic interventions to empower parents and communities to eradicate the practice of child marriage.

The Senate passed the bill in November 2020, while the House of Representatives approved its version on September 6, 2021. The Senate ratified the bicameral report on the bill on September 27. 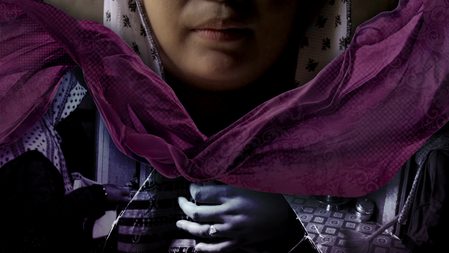 Under Presidential Decree No. 1083 or the Code of Muslim Personal Laws, Filipino Muslims are allowed to get married as minors. Non-Muslims in the country are permitted by the Family Code to marry only after reaching the age of 18.

But Section 13 of the new law states that decrees inconsistent with the new measure are repealed or modified.

The National Commission on Muslim Filipinos (NCMF), as one of the implementers of the law, is ordered to raise awareness in Muslim communities about the effects of child marriage on children.

The Department of Social Welfare and Development, lead agency for the law, is to coordinate with the health and education departments; NCMF; Philippine Commission on Women; National Commission on Indigenous Peoples; and representatives from women, children, Muslim Filipino, and IP civil society groups on the new measure’s implementing rules and regulations.

Numbers from the Girls Not Brides organization show that the Philippines ranks 10th in the world in terms of the highest absolute number of women married or in a union before reaching the age of 18 – 808,000. – With reports from Pia Ranada/Rappler.com