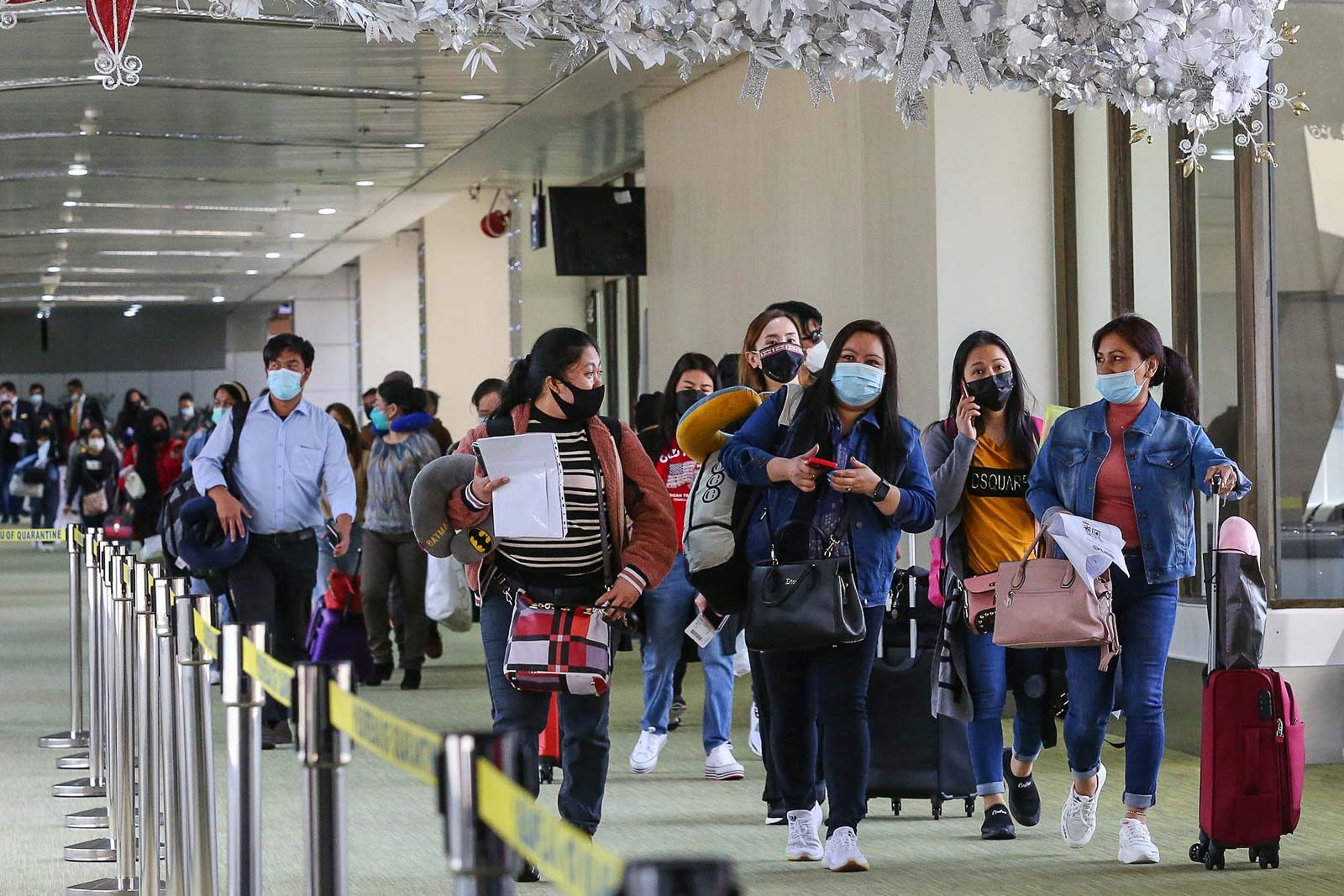 HOME-BOUND. Hundreds of overseas Filipino workers start arriving for the holiday season at the NAIA on December 1.

MANILA, Philippines – The Philippines will ban travelers from eight countries from December 16 to 31 to contain the spread of the COVID-19 Omicron variant, Malacañang announced on Wednesday, December 15.

(The Inter-Agency Task Force on Emerging Infectious Diseases has approved the country risk classification effective December 16 until December 31, 2021. There are eight countries under red list classification.)

The eight “high-risk” countries are the following:

Nograles said the travel ban covers everyone who has been in the “high-risk” areas in the last 14 days regardless of their vaccination status. The only ones to be allowed entry to the Philippines coming from these these areas are Filipinos being repatriated by the Philippine government.

Nograles said that vaccinated Filipinos from the “red list” countries must show a negative RT-PCR test taken 72 hours prior to their departure. They also need to undergo facility quarantine. They will only be discharged after getting the negative result of an RT-PCR test taken on the seventh day, and must continue home quarantine until the 14 day.

Meanwhile, the entire Philippines will remain under Alert Level 2 from December 16 to 31 despite the continued fall in COVID-19 cases.

Alert Level 2 means there are no age-based mobility restrictions. Alert Level 2 also allows an increased capacity for businesses and activities such as restaurant dine-in, beauty salons and the like, as well as religious activities, among other things.

On Wednesday afternoon, the Department of Health (DOH) announced the detection of the country’s first two cases of the Omicron variant. The DOH said the cases are incoming travelers and are currently isolated in a facility managed by the Bureau of Quarantine.