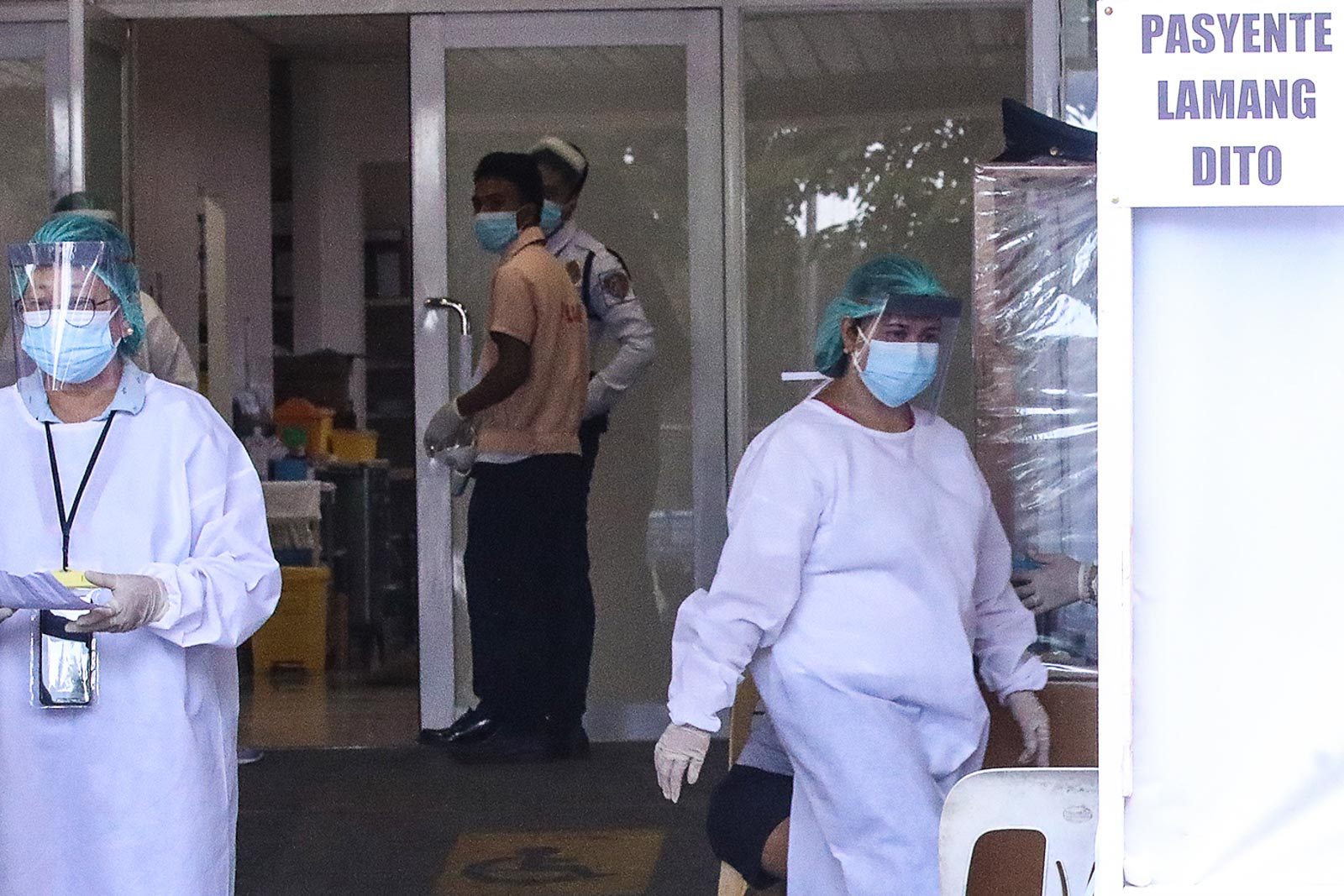 Health workers at the COVID-19 express lane of the Amang Rodriguez Memorial Medical Center in Marikina City, on April 7, 2020. Photo by Darren Langit/Rappler

Facebook Twitter Copy URL
Copied
The country records nearly 5,000 more COVID-19 cases as Metro Manila, where over half of the new cases were recorded, prepares to ease into general community quarantine

Coronavirus cases in the country neared the 170,000-mark on Tuesday, August 18, as the Department of Health (DOH) reported 4,836 additional confirmed cases.

The confirmed cases bring the total number to 169,213.

The DOH also reported 7 more deaths due to the coronavirus disease, raising the death toll to 2,687.

There were also 182 more patients who had recovered from COVID-19, bringing total recoveries to 112,861.

The DOH said that of the confirmed cases reported on Tuesday, 4,223 or 87% occurred in the last 14 days, or from August 4 to 17. This spanned the period when Metro Manila – where 2,592 or 54% were confirmed on Tuesday – was reverted to modified enhanced community quarantine.

In the two weeks Metro Manila and nearby provinces spent under the stricter MECQ, the mega city was only able to improve its contact tracing ratio by one more close contact reached by authorities, according to the report of tracing czar and Baguio City Mayor Benjamin Magalong.

Despite the continued increase of coronavirus cases in the Philippines, President Rodrigo Duterte placed Mega Manila back to a general community quarantine (GCQ) from August 19 to August 31. – Rappler.com