Metro Manila, most of PH under Alert Level 2 until November 30 Metro Manila and most areas in the Philippines are under Alert Level 2 as the government pandemic task force implemented the COVID-19 alert level system for most of the country.

In a statement on Saturday, November 13, the Inter-Agency Task Force approved placing the province of Catanduanes under Alert Level 4 from November 17 to November 30.

Here are the other alert levels and when they will take effect:

According to the executive order on the nationwide implementation of the alert level system, the implementation of Phase 2 and Phase 3 should have a week in between them. Based on Saturday’s announcement, however, Phase 3 starts just four days after Phase 2.

The implementation of the last phase, covering the rest of the Cordillera Administrative Region, Bangsamoro Autonomous Region in Muslim Mindanao, Mimaropa, and Caraga, has yet to be announced.

The alert level scheme is designed to replace the old system of quarantine classifications that has evolved into an alphabet soup in the past two years.

The new system is more relaxed with age mobility restrictions and provides some perks to fully vaccinated people. 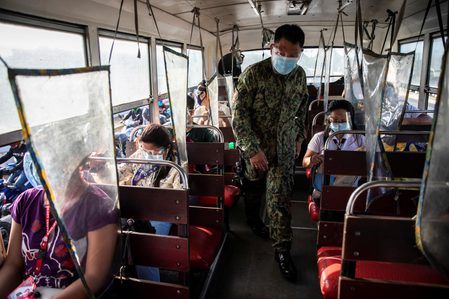