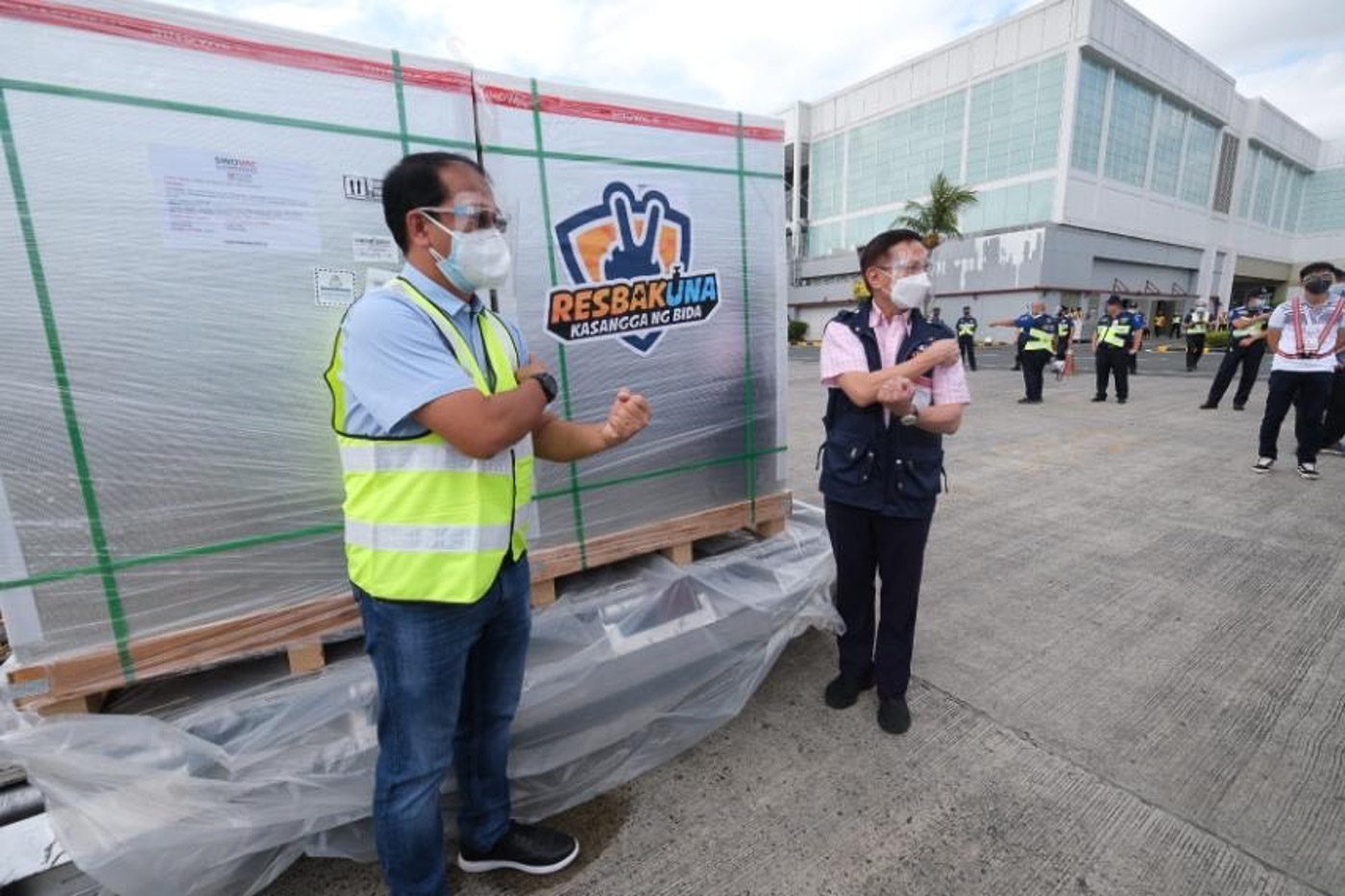 Photo from NTF vs COVID-19

The Philippines’ number of COVID-19 vaccine doses is now at 5,540,600 after a new batch of Sinovac vials arrived on Friday morning, May 7.

The delivery of 1.5 million CoronaVac doses touched down at the Ninoy Aquino International Airport Terminal 2 at 7:59 am, according to the National Task Force vs COVID-19.

The shipment, arriving onboard a Cebu Pacific flight, was welcomed by Health Secretary Francisco Duque III and vaccine czar Carlito Galvez Jr. It is part of the 25 million CoronaVac doses purchased by the national government.

The number of CoronaVac doses delivered to the Philippines now rises to 5 million. They comprise 90% of all vaccines to be used by the country against COVID-19. Jabs from AstraZeneca and Russia’s Sputnik V make up the remaining 10% – 525,600 doses and 15,000 doses, respectively.

Galvez announced that 193,000 doses of the Pfizer-BioNTech vaccine may arrive on May 11 or some time in May.

Together with doses of AstraZeneca, obtained through the vaccine access initiative COVAX Facility, vaccine arrivals this month may number from 4 million to 7 million doses.

However, there remain big chances of delay, largely due to the COVID-19 surge in India, the world’s biggest vaccine maker. India’s decision to stop exporting vaccines to focus supplies on their population has affected deliveries of COVAX Facility vaccines and Indian vaccines.

This has led Galvez to lower the Philippines’ vaccination target this year – from vaccinating 70 million to only as low as 50 million out of the country’s roughly 110 million population.

As of Tuesday, May 4, over two million doses have been administered. Over 320,000 people have received their second dose or 0.2% of the population. – Rappler.com