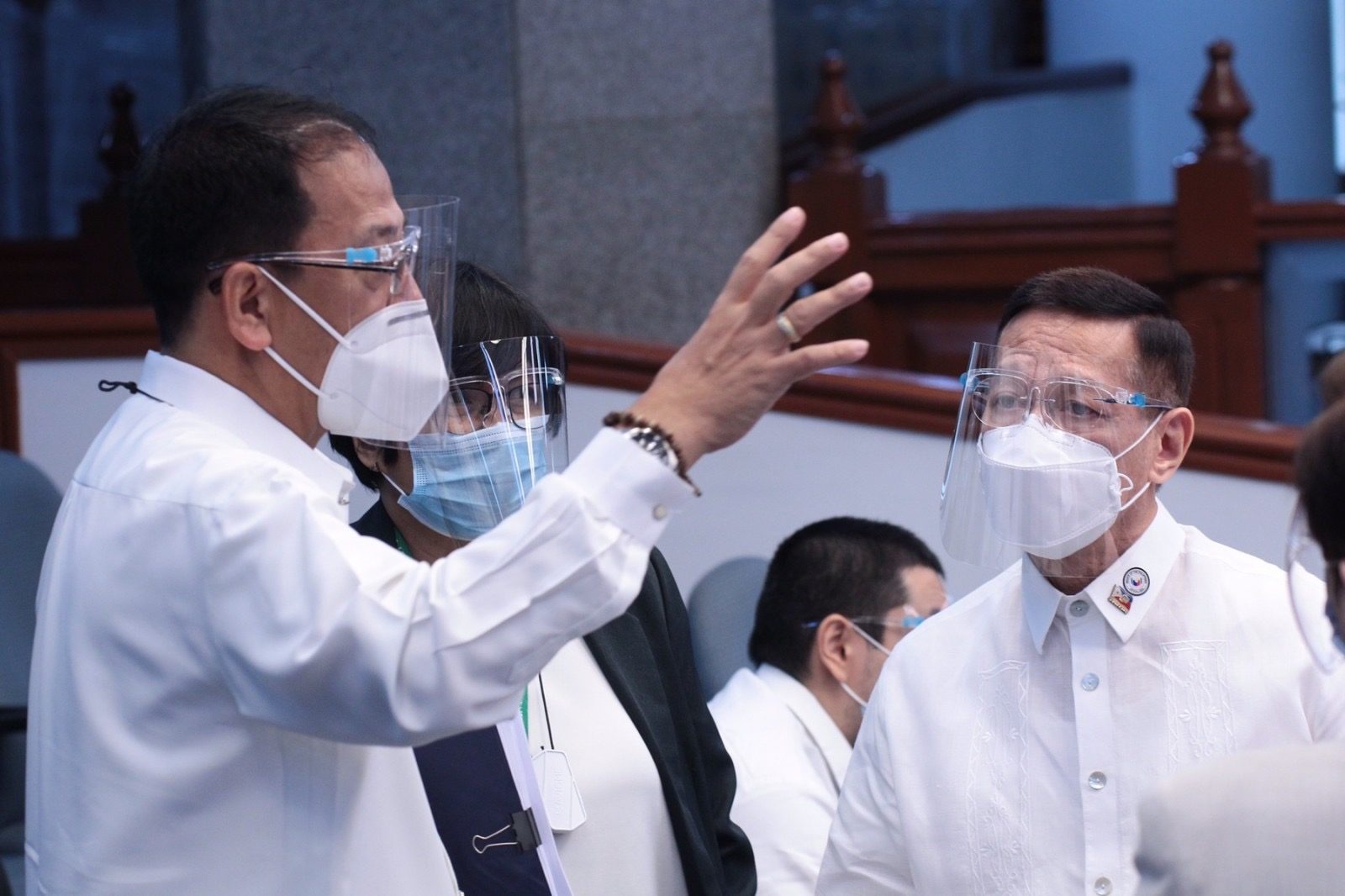 Facebook Twitter Copy URL
Copied
Vaccine czar Carlito Galvez Jr says that once doses are delivered to the Philippines, some 50,000 health workers in Metro Manila could be vaccinated in February

Galvez told Senators that initial doses of a vaccine may arrive in the country by February 20 at the earliest, and that based on this timeline, public inoculation may begin “more or less” in the 3rd to 4th week of the month.

Galvez, however, issued a disclaimer that delivery dates were still “indicative” and that actual delivery could happen at least 1 to 2 weeks earlier or later.

“Safe to say we will be having that maybe last week of February,” Galvez said, referring to the rollout of vaccines, when pressed by Senator Panfilo Lacson to provide a starting date for vaccination.

Galvez said doses expected to arrive in February would “most likely” come from GAVI’s COVAX facility, with the multilateral initiative currently finalizing deals to distribute some 30 billion doses of a vaccine to developing countries for an early rollout.

World Health Organization country representative Rabindra Abeyasinghe said negotiations were taking place to finalize a deal that could include Philippines in countries to receive doses for an early rollout, adding Pfizer and BioNTech’s was among vaccines being considered for this set up.

Aside from this, Galvez said China’s Sinovac vaccine may also arrive as early as February, with necessary agreements to be signed later in the week.

Who will get the vaccine first?

Galvez said officials estimated some 50,000 health workers in Metro Manila could be vaccinated in February once supplies arrive, while some 2 million more could be immunized by April. What’s the status with negotiations?

The Philippines has so far signed deals to purchase at least 30 to 40 million doses of Novavax’ vaccine, while tripartite agreements with local government units and the national government has secured at least 13 million of AstraZeneca’s vaccine for Filipinos.

Aside from this, the country is finalizing deals with Pfizer, Johnson & Johnson (Janssen Pharmaceuticals), Moderna, and Gamaleya. Galvez expressed confidence that the government could lock in deals with these companies to secure at least 100 million doses within the year.

If all deals in advanced negations were successful, Galvez said the country could purchase some 148 million doses in 2021 to vaccinate some 50 to 70 million Filipinos. – Rappler.com