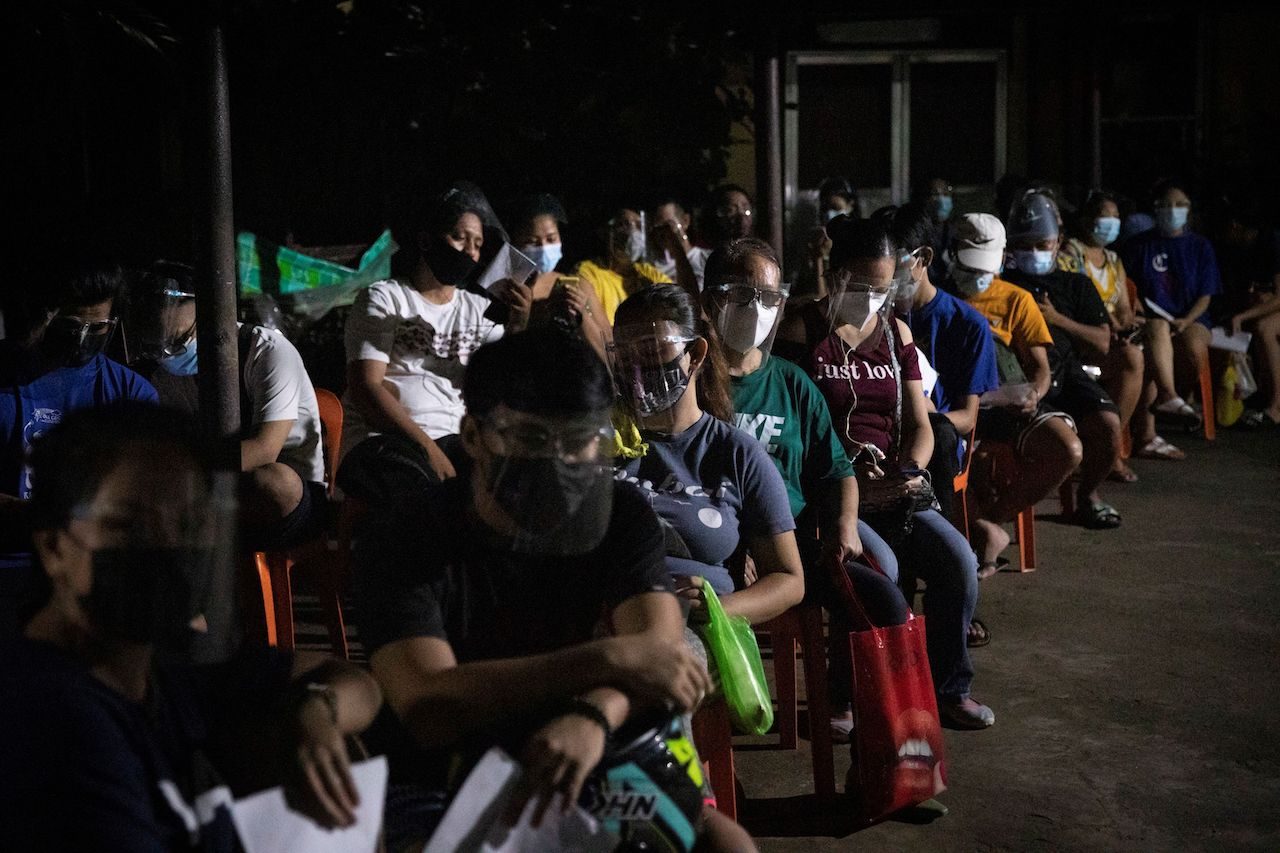 VACCINATION QUEUE. People queue to get the Moderna COVID-19 vaccine at a school-turned-vaccination site that operates 24/7 in Manila, August 10, 2021.

The Department of Health (DOH) announced the detection of the first case of the Lambda variant of COVID-19 in the Philippines on Sunday, August 15.

In a statement, the DOH said the case was a 35-year-old female. She was asymptomatic and tagged as recovered after undergoing a 10-day isolation period.

Authorities are verifying whether she is a local or a returning overseas Filipino (ROF). The DOH is also conducting tracing and case investigation.

The Lambda variant was first documented in Peru in late 2020, and was classified as a variant of interest by the World Health Organization last June 14.

The variant “has the potential to affect the transmissibility of SARS-CoV-2 and is currently being monitored for its possible clinical significance,” said the DOH. 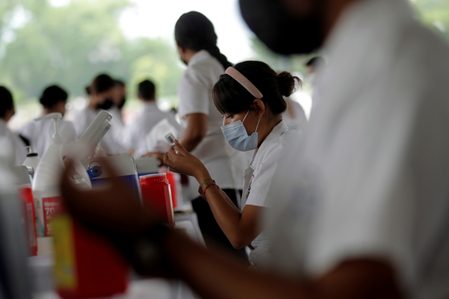 The DOH also announced that 182 more cases of the Delta variant have been detected from its latest batch of whole genome sequencing.

This brings the total number of Delta variant cases in the Philippines to 807.

Of the 182 new cases, 176 cases have been tagged as recovered, one is still an active case, four have died, and one is still being verified.

Then, among the new batch, 112 are local cases and 36 are ROFs, while the origins of 34 cases are being validated.

The 112 local cases had indicated addresses in the following regions:

These raise the total number of Alpha variants in the country to 2,232, and the Beta variant to 2,483. – Rappler.com