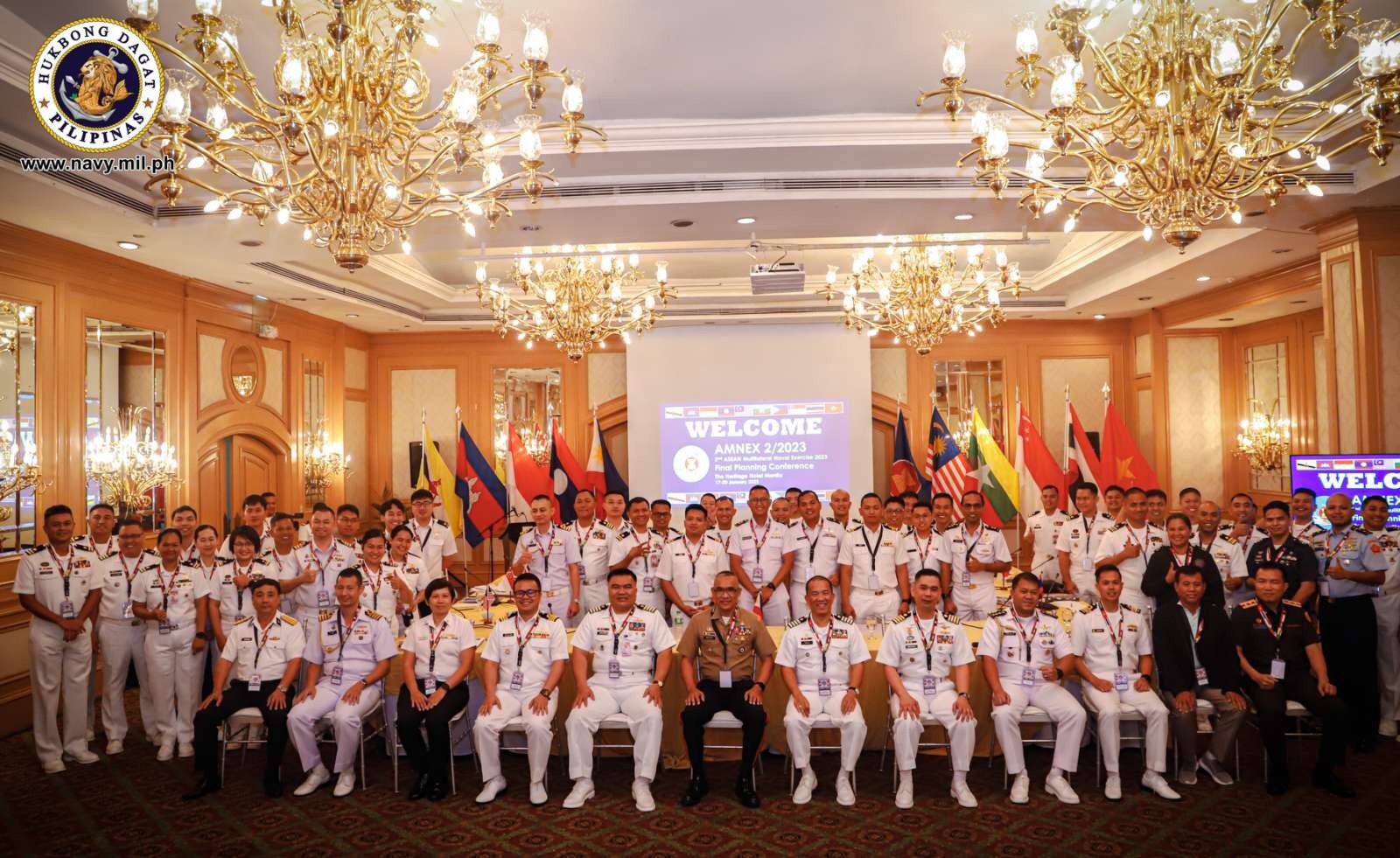 ASEAN NAVIES. Navy officers from ASEAN member countries pose for a group photo during the final planning conference for the holding of the 2nd ASEAN Multilateral Naval Exercise (AMNEX) at The Heritage Hotel in Pasay City on January 17, 2023.

The Philippine Navy said the AMNEX is scheduled for May 2023, after ASEAN navy representatives gathered for a planning session held in Manila last January 17.

Negranza said the upcoming exercises will include “a basic training plan that will direct the staging of this naval exercise aimed at advancing interoperability and seamless execution among ASEAN naval forces.”

“Interoperability, responsiveness, and readiness are its three main pillars in order to address common regional maritime concerns,” he added.

Along with the Philippines, Malaysia, Vietnam, and Brunei were among coastal states locked in a decades-long maritime dispute with China in the South China Sea.

All ASEAN members, except for Myanmar, were expected to join the multilateral exercises.

The upcoming AMNEX is only the second to take place after the Royal Thai Navy first proposed the idea for such exercises in 2014. The last AMNEX was held in 2017.

Aside from the AMNEX, the Philippines Navy will also host the 17th ASEAN Navy Chiefs’ Meeting in April.

Negranza said the endeavors represent the Philippine Navy’s “resolve to forge closer ties, deepen understanding, and foster cooperation in the direction of a peaceful and stable ASEAN region.” – Rappler.com