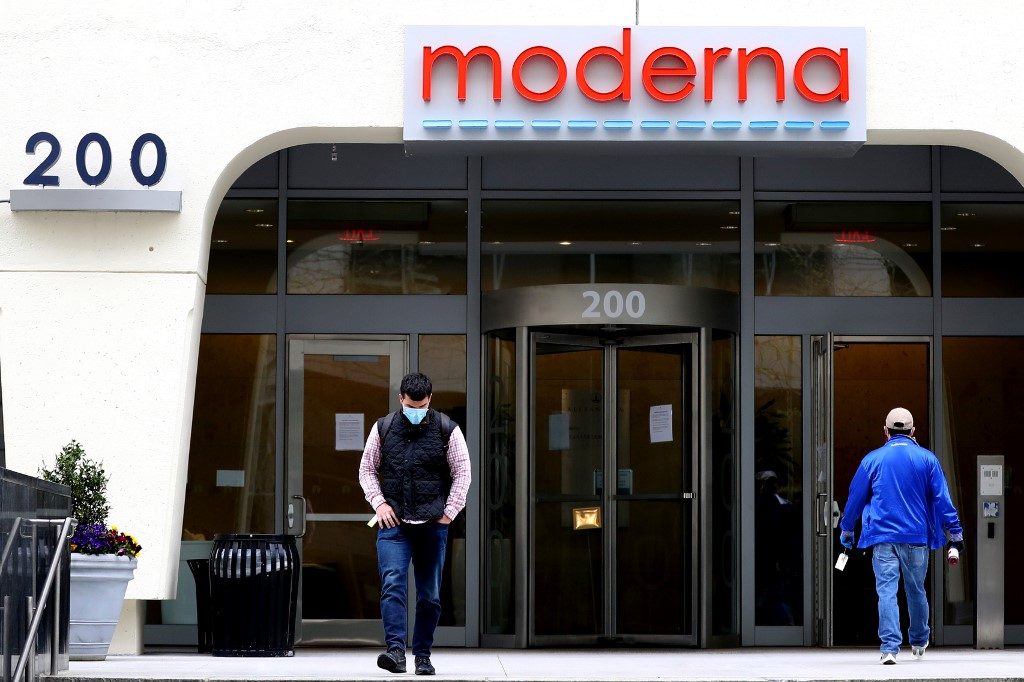 CAMBRIDGE, MASSACHUSETTS - MAY 08: A view of Moderna headquarters on May 08, 2020 in Cambridge, Massachusetts. Moderna was given FDA approval to continue to phase 2 of Coronavirus (COVID-19) vaccine trials with 600 participants. Maddie Meyer/Getty Images/AFP

Philippine officials are eyeing to purchase the vaccine being developed by United States biotech firm Moderna, one of the front runners in a global effort to develop a potential coronavirus vaccine.

Health Undersecretary Maria Rosario Vergeire said on Friday, August 14, that the Philippines and US were currently in talks involving the purchase of the potential vaccine by the second quarter of 2021, at the earliest.

Vergeire told reporters this was an option being eyed as Moderna, unlike some other vaccine developers, was keen on limiting Phase 3 clinical trials to participants in the US.

“Based on talks and reports we’ve seen, they aren’t really interested in conducting clinical trials outside the US. But they want to provide – there are talks between countries, (the) Philippines and US – to provide [doses] to us. They will sell to us but the earliest is the second quarter of 2021,” she said in Filipino.

Moderna is one of 5 vaccines that are currently in Phase 3 clinical trials – a crucial stage that involves testing thousands of people and comparing results with volunteers given a placebo. Phase 3 trials determine if the vaccine is effective in protecting against SARS-CoV-2, and can reveal evidence of other possible side effects that may have been unseen in earlier studies.

Trials for the vaccine involved 30,000 healthy people at about 89 sites around the United States, according to the New York Times‘ coronavirus vaccine tracker. Vergeire said Filipino-Americans will also be included among participants, covering possible differences in response that may occur based on factors like ethnicity, sex, and age.

The prospect of acquiring doses of Moderna’s vaccine is one of at least 7 being eyed the country. (READ: After Duterte vouches for Russia, DOST vows all COVID-19 vaccines ‘on equal footing’)

The government’s vaccine expert panel is looking to start trials for two vaccines being developed in Taiwan, and 3 other from China, including front runners developed by Sinovac and Sinopharm.

The vaccine – which President Vladimir Putin vouched for and President Rodrigo Duterte backed – may be included in clinal trials in the Philippines in October, if it passes the review of the Philippines’ expert panel. 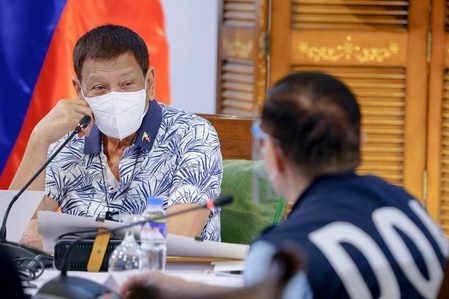 Aside from these, the Philippines has also committed to joining the World Health Organization’s solidarity trial for vaccines, and is a participant in the Global Alliance for Vaccines and Immunization COVAX facility designed to guarantee rapid, fair, and equitable access to COVID-19 vaccines worldwide. – Rappler.com