Philippines offers nurses in exchange for vaccines from Britain, Germany 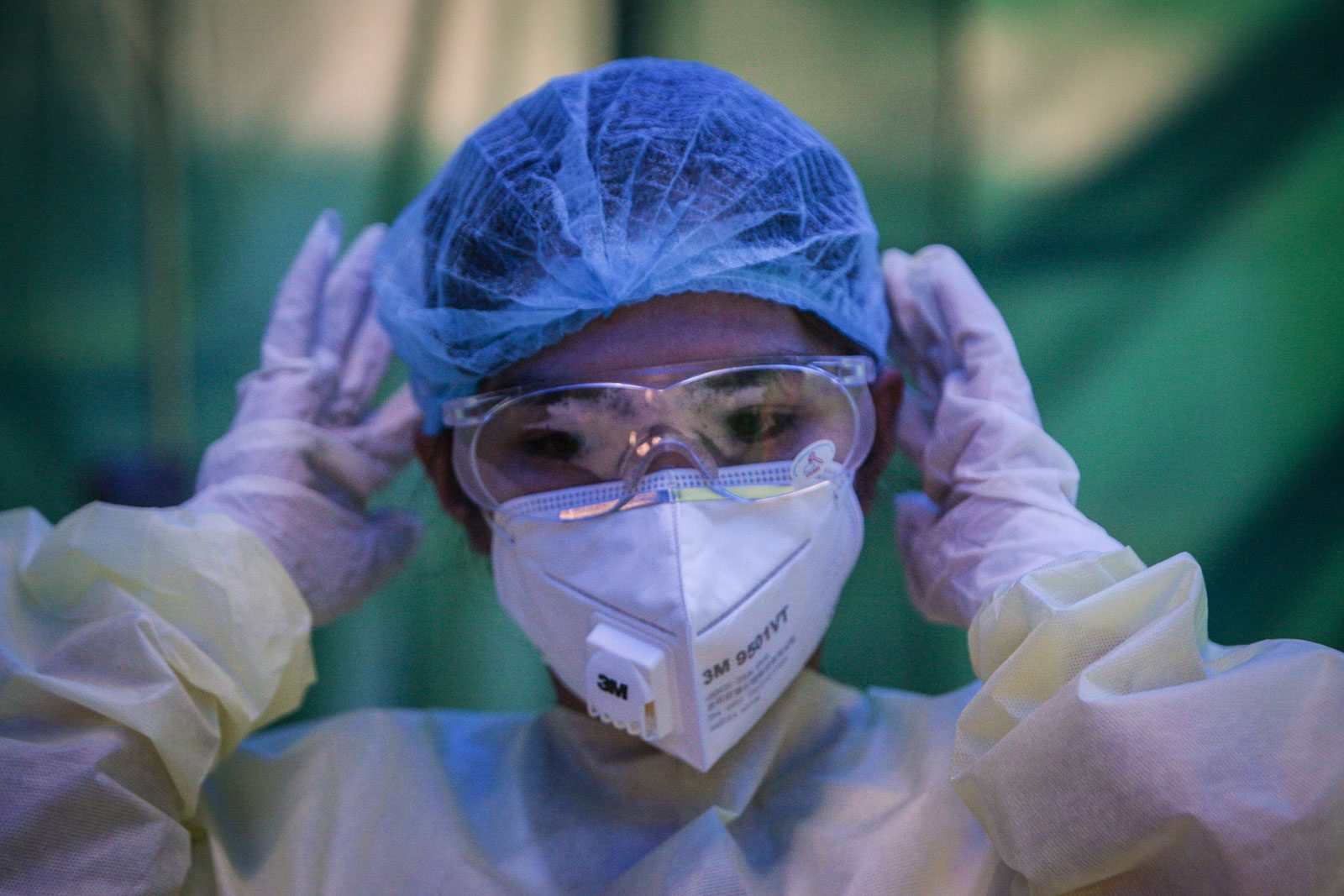 EXCHANGE? Nurses from the Ospital ng Parañaque show to members of the media on February 5, 2020, some equipment they prepared for treating patients infected with the coronavirus.

Facebook Twitter Copy URL
Copied
The Philippines has relaxed a ban on deploying its healthcare workers overseas, but still limits the number of medical professionals leaving the country to 5,000 a year 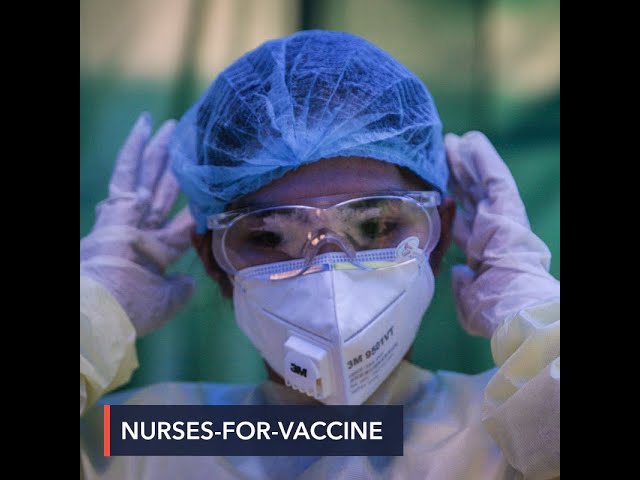 The Philippines will let thousands of its healthcare workers, mostly nurses, take up jobs in Britain and Germany if the two countries agree to donate much-needed coronavirus vaccines, a senior official said on Tuesday, February 23.

The Philippines, which has among Asia’s highest number of coronavirus cases, has relaxed a ban on deploying its healthcare workers overseas, but still limits the number of medical professionals leaving the country to 5,000 a year.

Alice Visperas, director of the labor ministry’s international affairs bureau, said the Philippines was open to lifting the cap in exchange for vaccines from Britain and Germany, which it would use to inoculate outbound workers and hundreds of thousands of Filipino repatriates.

Nurses are among the millions of Filipinos who work overseas, providing in excess of $30 billion a year in remittances vital to the country’s economy.

“We are considering the request to lift the deployment cap, subject to agreement,” Visperas told Reuters.

Britain is grappling with the world’s sixth-highest coronavirus death toll and one of the worst economic hits from the pandemic, while Germany has the 10th most infections globally.

While the two countries have inoculated a combined 23 million people, the Philippines has yet to start its campaign to immunize 70 million adults, or two-thirds of its 108 million people. It expects to receive its first batch of vaccines this week, donated by China.

The Philippines wants to secure 148 million doses of vaccines altogether.

The British embassy in Manila did not immediately respond to a request for comment, while calls to Germany’s mission went unanswered.

While Filipino nurses have fought to lift the deployment ban to escape poor working conditions and low pay at home, the workers-for-vaccine plan has not gone down well with some medical workers.

“We are disgusted on how nurses and healthcare workers are being treated by the government as commodities or export products,” Jocelyn Andamo, secretary general of the Filipino Nurses United, told Reuters. – Rappler.com