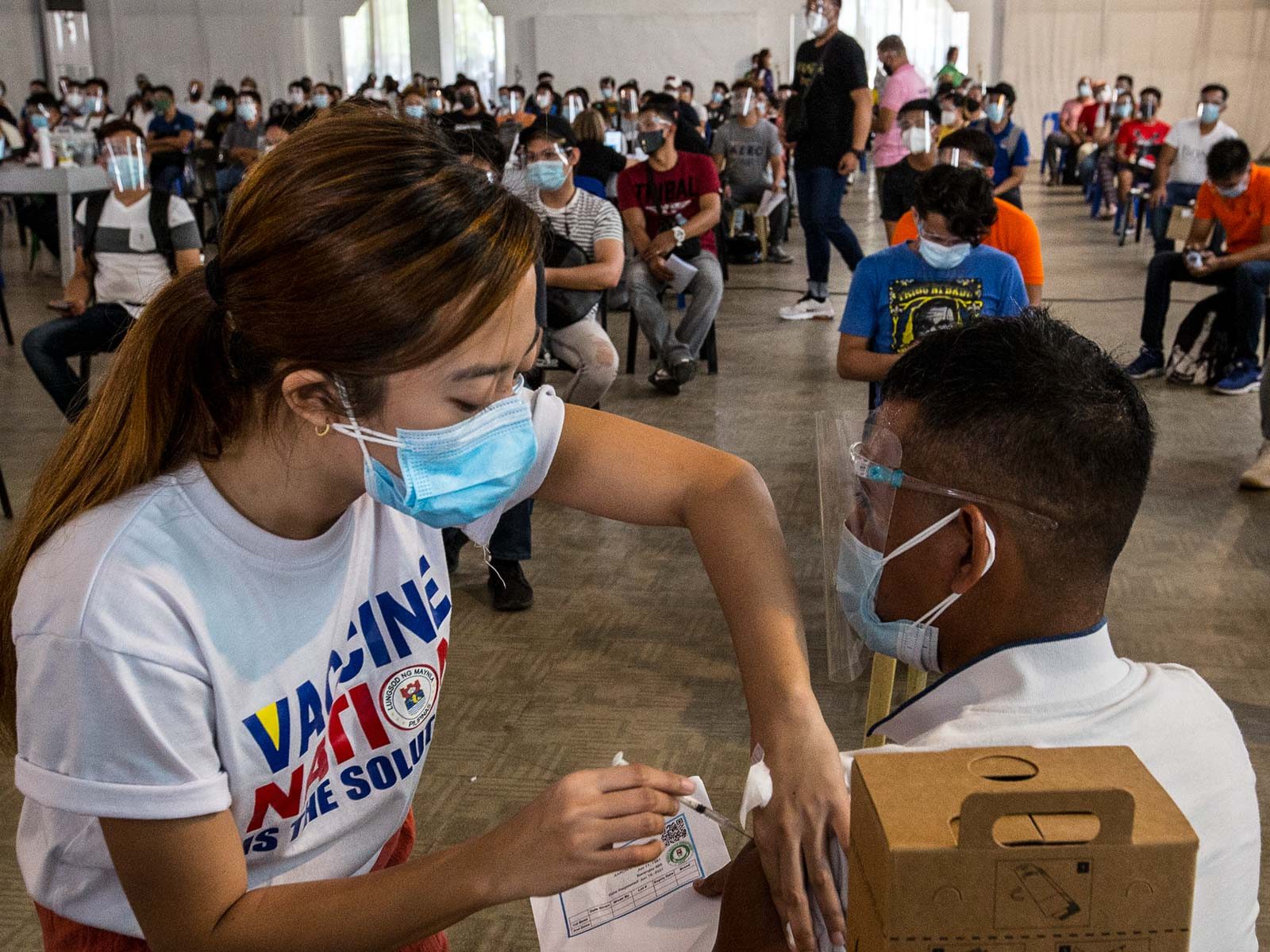 VACCINE DRIVE. Around 1,200 seafarers receive their 1st dose of Pfizer-BioNtech anti-COVID19 vaccine during a symbolic vaccination at Palacio de Maynila in Roxas boulevard, Manila on June 17, 2021.

The Philippines, through the Department of Health, expressed openness to adopting findings from studies done in other countries that look to using different COVID-19 vaccines for second doses or booster shots.

Health Undersecretary Maria Rosario Vergeire told reporters in a briefing on Monday, June 21, that while the Department of Science and Technology (DOST) and health experts would conduct the country’s own trial on the matter, this would not stop the government from making adjustments to its vaccine drive once enough data becomes available.

“The trial that we are doing with the DOST and experts of the DOH is so we can see what the effect will be on Filipinos. But this will not stop us from adopting an innovative way of vaccination if we see that the evidence around the world is already complete,” Vergeire said.

Earlier in May, the DOST said it would mount two vaccine trials in 2021. The first will look into the possibility of mixing vaccine brands in a two-dose regimen and the use of a COVID-19 vaccine booster. The second would study the performance of vaccines in a real-world setting.

The DOST targeted the studies to begin in June, after the Food and Drug Administration approved trial protocols. Lead researchers of the studies earlier said about P100 million was needed for the real world effectiveness study that would span one year, while some P133 million was needed for the ‘mix and match’ and booster shot study to last 18 months.

Vergeire said that aside from complete data from other trials done in different countries, it would also wait for data from vaccine firms that would update emergency use authorizations about their products.

“We do not need to wait for these trials (in the Philippines) to finish because it will be enough for our scientists and the government to receive accurate and complete evidence coming from other countries. We can adopt that. And as long as the manufacturers give us a revised EUA about their product,” she said. Mixing COVID-19 vaccines is eyed to address several issues with vaccination rollouts, such as limited and erratic supply, as well as performance of some shots. If found to be effective, mixing shots could provide flexibility in global vaccination efforts.

Scientists are also looking into the use of booster shots that may provide protection against new variants of COVID-19 and longer immunity.

In recent weeks, countries including Canada, Italy, South Korea, Spain, and the United Arab Emirates have allowed people to receive a different vaccine as their second dose. Bahrain has said eligible candidates could also receive a booster shot of the Pfizer/BioNTech or the Sinopharm vaccine, regardless of which shot they had initially taken.

The United States and United Kingdom have also started clinical trails to evaluate the safety and immunogenicity of a booster shot of a different vaccine. – with reports from Reuters/Rappler.com