JUSTICE. Progressive groups call for justice for activists killed during a crackdown in Calabrzon in March 2021.

The country ranked 117 out of 180 countries and territories in the index, a drop of two places from its rank in 2020, during the first year of the pandemic. Its Corruption Perceptions Index (CPI) was 33, a one point dip from the previous year.

“Despite commitments on paper, 131 countries have made no significant progress against corruption over the last decade, and this year 27 countries are at a historic low in their CPI score. Meanwhile, human rights and democracy across the world are under assault,” said the organization.

“Ensuring basic rights and freedoms means there is less space for corruption to go unchallenged,” it added.

Who we’re ranked with

The CPI is used to measure how corrupt is a country’s public sector, based on experts and businesspeople. The data, in turn, comes from 3 data sources that draws from 13 different corruption surveys and assessments. “These data sources are collected by a variety of reputable institutions, including the World Bank and the World Economic Forum,” said Transparency International.

The higher your CPI, the better – 100 means a country is perceived to be clean while 0 means you’re seen as highly corrupt. As reference, Denmark, Finland, and New Zealand topped the rankings with a score of 88. South Sudan, in strife despite the signing of a 2018 peace deal, was at the bottom of the list with a score of 11.

The data they use to measure the CPI, said Transparency International, covers the following:

The Philippines, Transparency International noted, was a “significant decliner,” having gone down 5 points since 2014.

“Since the election of Rodrigo Duterte, the Philippines has also seen a sharp decline in freedom of association and freedom of expression, making it harder to speak up about corruption. In 2020, it was the country with the second highest number of murdered human rights defenders, with a total of 25 deaths,” said the report. Little has changed in the Asia Pacific region from the year prior, with countries getting an average score of 45 – the same as 2020. Asia Pacific is home to 3 countries that recorded among the lowest scores in the list: Cambodia (23), Afghanistan (16) and North Korea (16). The most populous countries or biggest economies – China (45), India (40), Indonesia (38), Pakistan (28), and Bangladesh (26) – also had low scores in the index.

‘A concerning trend across some of these nations is a weakening of anti-corruption institutions or, in some cases, absence of an agency to coordinate action against corruption,” the organization noted.

The report also noted that “little has changed” despite the rise of mass movements against corruption in Asia. “Public outrage has instead been co-opted by strongmen – in the form of populist leaders in democratic countries and authoritarians elsewhere,” the organization said.

“From India to the Philippines (33) to China, such leaders have been able to portray themselves as more effective than state institutions and win mandates to gain and stay in power. However, only a few of these countries have managed to make progress in controlling corruption and these gains remain fragile. Furthermore, in most countries, corruption is spreading through severe restrictions on the very civil liberties – like freedom of association and speech – which allowed people to take to the streets and call for action,” it added. 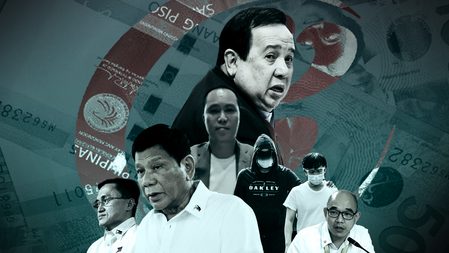 The pandemic has also “opened a door to corruption and repression,” said the organziation, higlighting the importance of checks and balances alongside the rollout of economic recovery plans. “Wrongdoing in emergency procurement has led to price inflating, the theft of medical supplies and sales of counterfeit medicines and materials. This left many citizens more vulnerable to COVID-19 – and almost certainly cost lives,” it said.

Pandemic protocols, said the report, have also been used as an “excuse” to quiet down criticism or even to adopt “authoritarian approaches,” such as in Papua New Guinea and Fiji, the report said. – Rappler.com