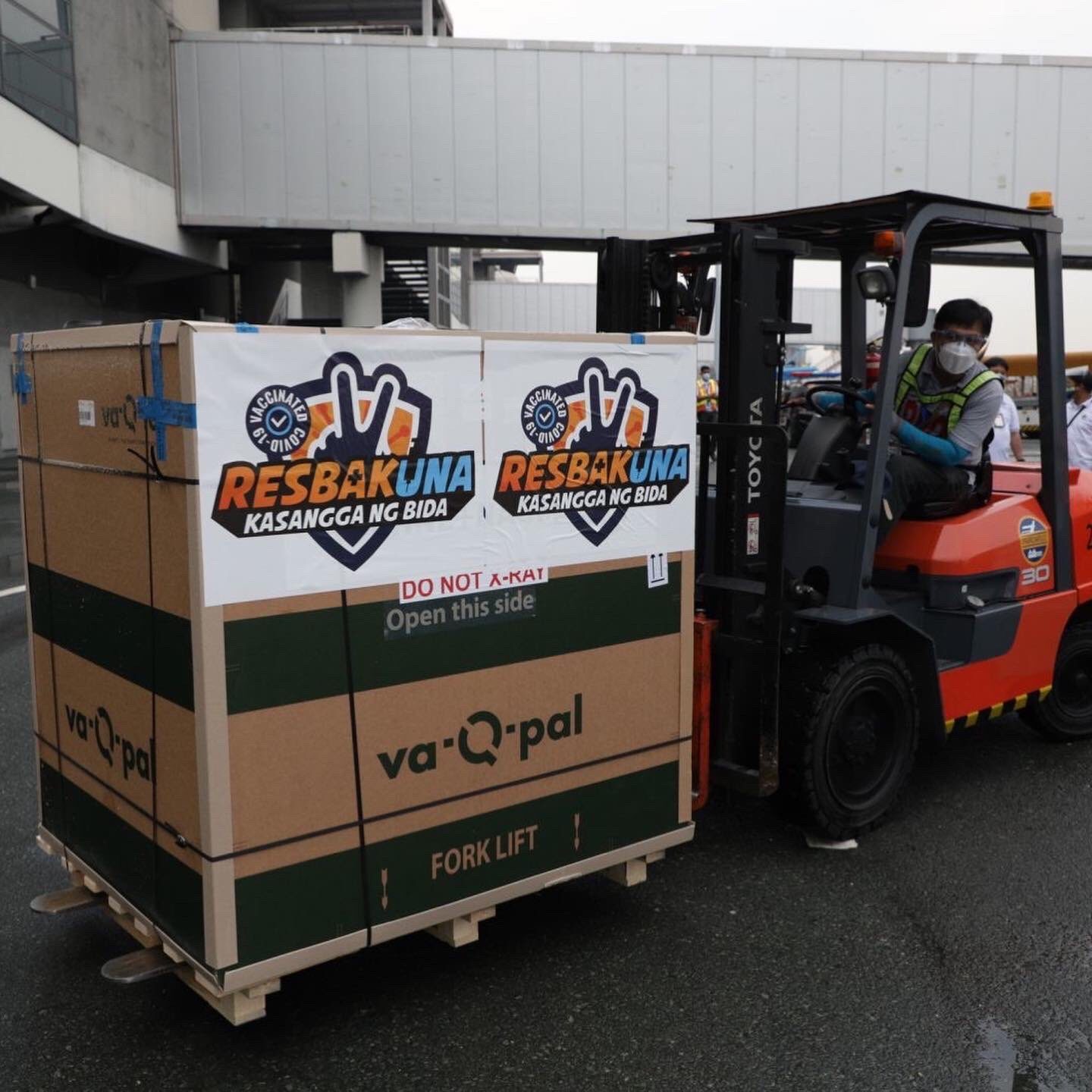 DELIVERY. A second shipment of Moderna vaccines arrives in the Philippines on July 15, 2021.

Facebook Twitter Copy URL
Copied
The shipment includes 194,400 shots procured by the government and 56,400 more purchased by the private sector

The Philippines received its second shipment of Moderna’s coronavirus vaccine on Thursday, July 15, bringing the total number of doses received from the drug firm to nearly half a million.

Another 250,800 doses arrived at the Ninoy Aquino International Airport on Thursday, the National Task Force for COVID-19 said. The amount included 194,400 shots procured by the government and 56,400 more purchased by the private sector, led by the International Container Terminal Services Incorporated.

Photos posted on Twitter at about 5 pm on Thursday showed the vaccine doses arrived in the country on board a Singapore Airlines plane. Government officials led by Health Secretary Francisco Duque III received the shipment.

A total of 20 million Moderna doses are expected for the Philippines in 2021 – 7 million of which were purchased by the private sector, and 13 million for the government, paid for through multilateral loans from the World Bank.

The delivery of the vaccine on Thursday keeps with the earlier scheduled announced by the government and is the second shipment of the shot to arrive in the Philippines after an initial 249,600 Moderna doses were delivered on June 27.

Moderna’s vaccine is the fifth to be used in the Philippines’ mass vaccine drive against COVID-19. Other vaccines used in the country’s vaccination campaign include those developed by Sinovac, AstraZeneca, Sputnik V, and Pfizer-BioNTech.

The arrival of additional doses comes as the Philippines sees an increasingly urgent need for vaccines. Supplies remain scant in the Southeast Asian country, while the threat of variants, including the more worrisome Delta, is at its doorstep.

Aside from Moderna’s shipment, the Philippines expects to receive more vaccines from Sinovac, AstraZeneca, Pfizer, and the global COVAX facility for the rest of July. It also expects to receive up to 3 million Johnson & Johnson vaccine doses donated by the United States government through COVAX within July.

Four months since the Philippines launched its immunization drive on March 1, around 9% of the country’s population have received the first of two doses. Those who are fully vaccinated represent around 3.53% of the population, as of July 13. – Rappler.com