Philippines reports 1st case of COVID-19 ‘variant under monitoring’ B.1.1.318 Facebook Twitter Copy URL
Copied
The B.1.1.318 variant of COVID-19 has 14 mutations, including some present in the highly transmissible Delta and Beta variants 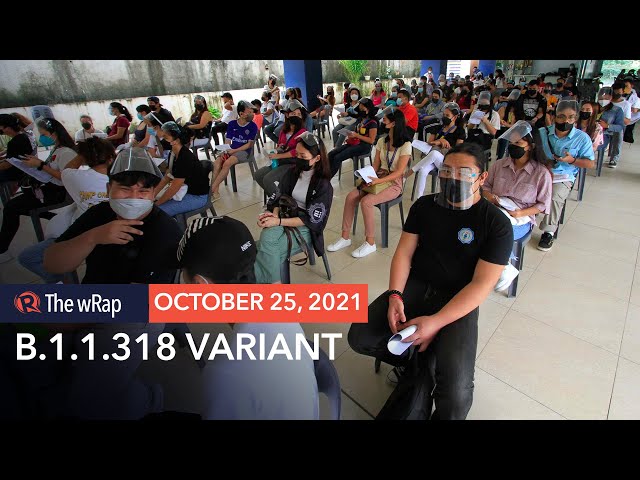 The Department of Health (DOH) reported on Monday, October 25, the Philippines’ first case of COVID-19 variant B.1.1318, which drove the surge in infections in Mauritius.

In a press briefing on Monday morning, Health Undersecretary Maria Rosario Vergeire said the case is a 34-year-old male who arrived in the country on March 5, 2021. His sample was collected on March 10. He recovered on March 21. The case had travel history in the United Arab Emirates, and his indicated address was in Bacolod City, Negros Occidental. 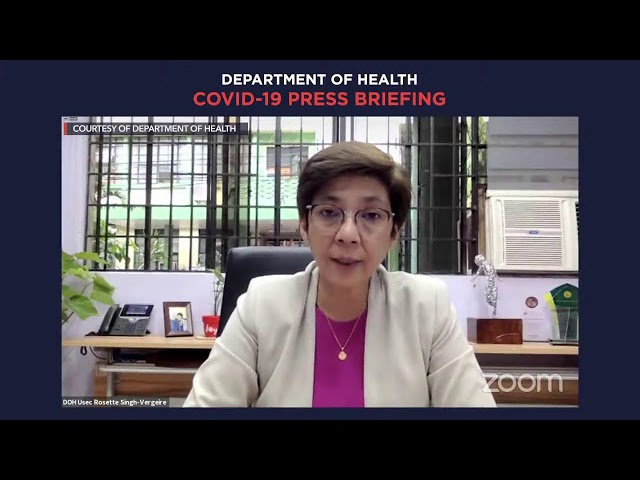 (Everything is being studied now. We have no cause for panic. We all need to be vigilant and follow our minimum public health standards.)

Vergeire explained the sample, though it was taken sevens months ago, was included in the latest run of genome sequencing as part of their “retrospective” sequencing to trace what variant cases the Philippines has now.

(We want to know if we have cases of the variants in the previous months. We do that for us to further analyze how we can include this in the response we are doing now.)

The World Health Organization said that variants that are under “variants under monitoring” are those “genetic changes that are suspected to affect virus characteristics with some indication that it may pose a future risk, but evidence of phenotypic or epidemiological impact is currently unclear, requiring enhanced monitoring and repeat assessment pending new evidence.”

The B.1.1.318 variant has 14 mutations, including those that are present in the highly transmissible Delta and Beta variants, such as E484K which could evade vaccine efficacy, and P681H which is responsible for increased transmissibility.

According to studies, the variant seems to be increasing in prevalence and it is now present in at least 34 countries as of June 2021.

A Reuters report in March, quoting the Public Health England (PHE), said cases of the B.1.1.318 variant were first identified on February 15 and it was understood to have originated in the United Kingdom. – Rappler.com