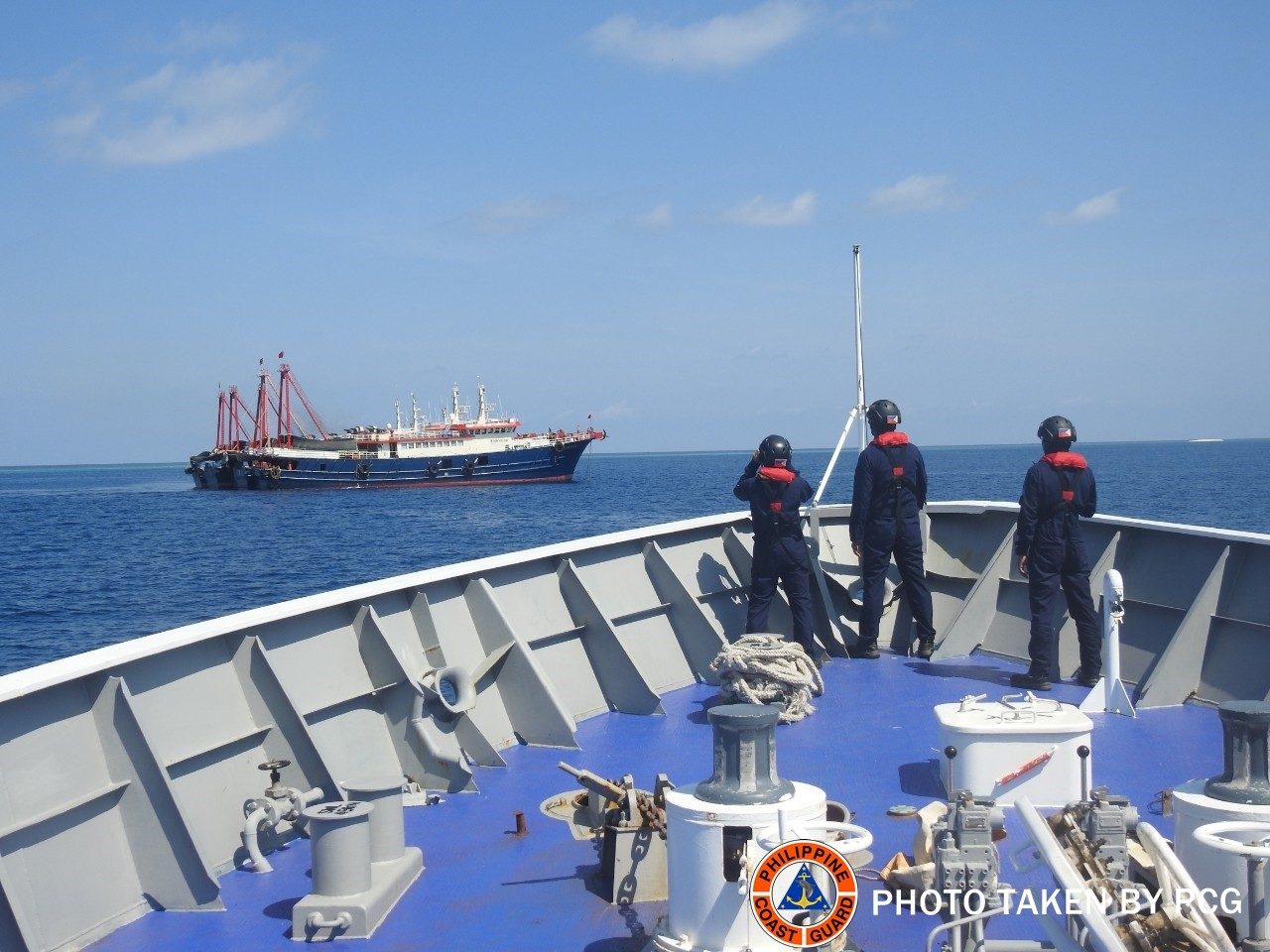 When the Philippine ships arrived in the shoal, they spotted seven CMM ships moored in stationary linear formation. Philippine authorities issued a series of challenges to warn the Chinese ships that were illegally roaming Philippine waters.

“This is Philippine Coast Guard BRP Cabra (MRRV-4409). You are within Philippine exclusive economic zone. You are requested to provide the following: name of vessel, intention, last and next port of call on Channel 16,” PCG ship personnel said in the radio communication, according to the task force.

The Chinese ships initially did not respond. After 20 minutes, the Philippine ships decided to approach the Chinese ships, which immediately dispersed and left the shoal, according to NTF-WPS.

Two days later, on April 29, the PCG’s BRP Cabra returned to Sabina Shoal and once again spotted five CMM vessels. This time, the Chinese ships immediately left the shoal upon the arrival of the PCG ship. 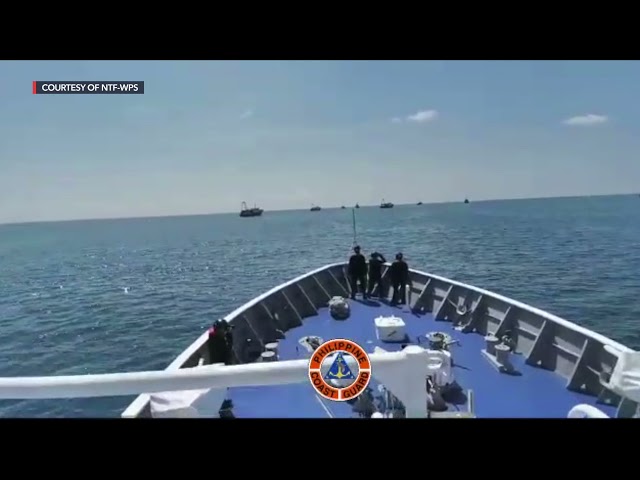 On April 26 – a day before the Chinese ships were spotted in Sabina Shoal – China said the Philippines should stop its maritime patrols in the West Philippine Sea because it causes tension in the area. The Philippines responded with a diplomatic protest, while the Department of National Defense said China is the one “encroaching and should desist and leave.”

At the time, the Philippines noted the “illegal presence” of three Chinese Coast Guard vessels in Bajo de Masinloc, one CCG vessel in waters in the munipality of Kalayaan, and one CCG vessel in Ayungin Shoal (Second Thomas Shoal).

This was reaffirmed by the 2016 ruling of the Permanent Court of Arbitration in the Hague, Netherlands, which favored all the claims of the Philippines in the West Philippine Sea.

The task force also said it will continue its inter-agency maritime patrols through PCG, BFAR, the Philippine National Police Maritime Group, and assets of the Armed Forces of the Philippines.

It was not the first time that Chinese ships were spotted in Sabina Shoal. In January 2012, the Philippines’ Department of Foreign Affairs summoned China’s charge d’affaires to protest the presence of Chinese ships in the shoal on December 11 and 12, 2011.

Retired Supreme Court senior associate justice Antonio Carpio earlier had said that President Rodrigo Duterte committed “grand estafa” by “fooling the Filipino people big time” over his campaign promise that he will fight for the West Philippine Sea. Duterte has kept a defeatist attitude when it comes to insisting on the Philippines’ 2016 win against China. – Rappler.com