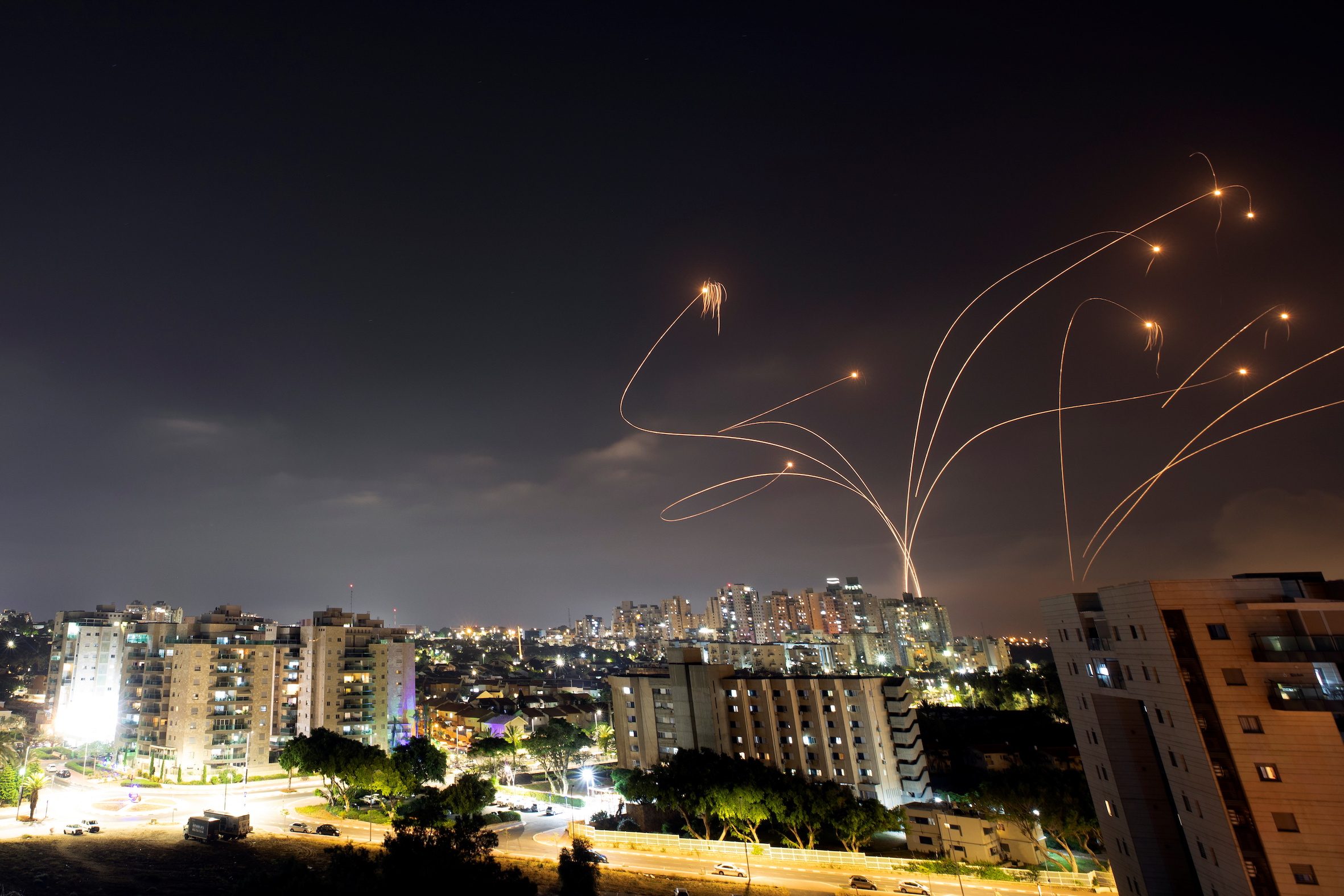 TENSION. Streaks of light are seen as Israel's Iron Dome anti-missile system intercepts rockets launched from the Gaza Strip towards Israel, as seen from Ashkelon, Israel, on May 10, 2021. Picture taken with slow shutter speed.

The Philippines on Wednesday, May 12, expressed “serious concern” over violent clashes between Israel and Palestinian militants in recent days, marking the region’s most intense hostilities in years.

In an official statement on Wednesday, the Philippine Department of Foreign Affairs (DFA) called on parties involved to de-escalate tensions and seek dialogue instead.

“he Philippines urges all parties to exercise restraint and seek dialogue to de-escalate tensions and avoid further actions that could affect future Israeli-Palestinian peace negotiations,” it said.

Israel had earlier carried out hundreds of air strikes in Gaza on Wednesday, and Palestinian militants fired multiple rocket barrages at Tel Aviv and the southern city of Beersheba. At least 43 people have been killed in Gaza since violence escalated on Monday, May 10, according to the enclave’s health ministry. Six people have been killed in Israel, medical officials said. 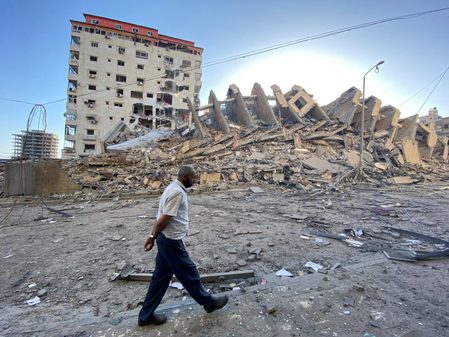 The recent clashes have sparked international concern over enflamed tensions in the region. United Nations (UN) Middle East peace envoy Tor Wennesland said the UN was working with all sides to restore calm.

The violence followed weeks of tension in Jerusalem during the Muslim fasting month of Ramadan, with clashes between Israeli police and Palestinian protesters in and around the Al-Aqsa Mosque.

The fighting is also the worst since the 2014 Gaza War which spanned 50 days.

The DFA said the Philippines’ embassy in Israel had not received any report of Filipino casualties and that it was in touch with Filipino communities in the area. It assured the public that shelters were present to provide refuge, including for Filipino workers, and that contingency plans were in place as the situation develops in the region.

DFA figures showed there were 29,473 Filipinos in Israel as of June 2020. – with reports from Reuters/Rappler.com