COVAX DONATION. Workers carefully unload the crates containing the doses of the COVID-19 vaccine developed by British-Swedish drugmaker AstraZeneca at the Bulwagang Kalayaan in Villamor Air Base, Pasay City on March 4, 2021.

Philippine President Rodrigo Duterte announced he has approved a donation of $1 million (P50 million) to the COVAX Facility, a global initiative to ensure developing countries have access to COVID-19 vaccines.

“Philippines is giving one million dollars. It’s our turn also to return the goodwill that they have shown,” said Duterte on Monday, May 31, during a meeting with pandemic task force officials in Malacañang Golf Clubhouse.

The COVAX Facility has appealed to governments and private sector worldwide to donate either money or vaccine doses to help them reach the goal of delivering two billion doses to developing countries this year.

The surge in India, the world’s biggest vaccine manufacturer, will lead to a shortfall of 190 million doses by the end of June, said COVAX, an initiative co-led by Gavi the Vaccine Alliance, the World Health Organization (WHO), and the Coalition for Epidemic Preparedness Innovations (CEPI). 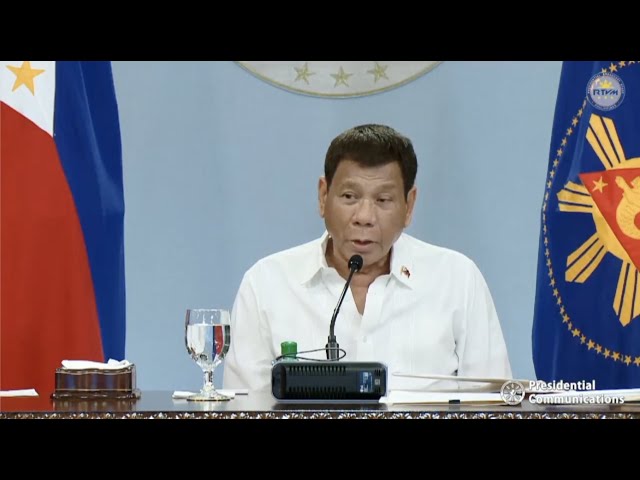 Duterte said the Philippines would answer the call as an expression of gratitude for itself receiving COVID-19 vaccines through COVAX. These include some 2.6 million AstraZeneca doses and over 193,000 Pfizer doses.

“Magko-contribute po ako kasi napakabuti ng COVAX sa atin (I will contribute because COVAX has been so good to us.). At the
time we needed it most, one of the earliest agencies to help us aside from
the contributions made by China,” said the President.

COVAX had formally asked the Philippines for a donation, Duterte said. The country expects yet another delivery of COVAX-secured vaccines this month, 2.2 million Pfizer doses. – Rappler.com