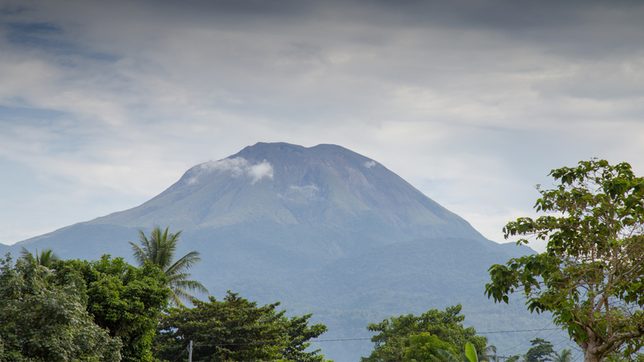 BULUSAN VOLCANO. The volcano in the province of Sorsogon.

Bulusan Volcano was downgraded back to Alert Level 0 on Wednesday, August 18, more than three months since Alert Level 1 was raised last May 11.

Alert Level 0 means the volcano in Sorsogon has returned to a normal state, coming from low-level unrest.

The Philippine Institute of Volcanology and Seismology (Phivolcs) said on Wednesday that there has been “a general decline in monitoring parameters.”

While Phivolcs said “no magmatic eruption is foreseen in the immediate future,” Alert Level 1 could be raised again for Bulusan Volcano if any of the parameters increase.

There could be rockfalls, avalanches, and steam-driven or phreatic eruptions “which may occur without warning.”

“Furthermore, people living in valleys and active river channels are cautioned to remain vigilant against sediment-laden streamflows and floods in the event of prolonged and heavy rainfall,” added Phivolcs. – Rappler.com