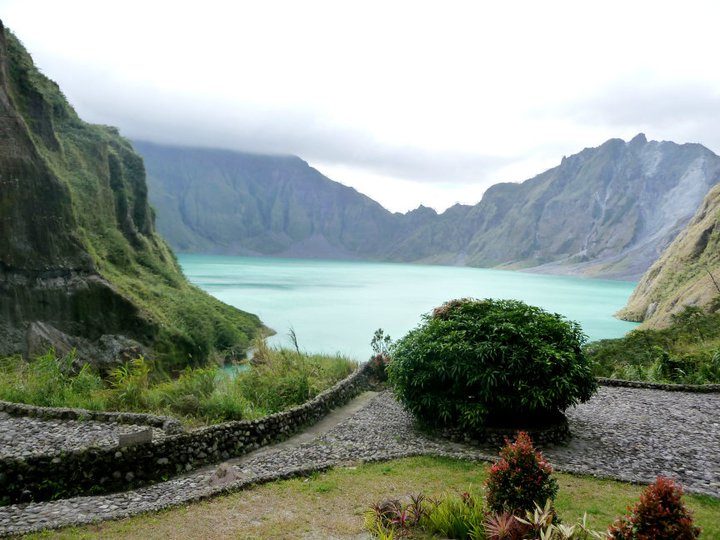 LAKE. The crater lake of Mount Pinatubo in December 2010.

Facebook Twitter Copy URL
Copied
There is 'low-level unrest' at Mount Pinatubo. 'No imminent eruption is foreseen' at the moment, says Phivolcs on Thursday, March 4.

The volcano was previously under Alert Level 0, or “normal.”

The raising of the alert level “means that there is low-level unrest that may be related to tectonic processes beneath the volcano,” said the Philippine Institute of Volcanology and Seismology (Phivolcs) in an advisory.

For now, “no imminent eruption is foreseen.”

Phivolcs explained that the Pinatubo Volcano Network “has detected a total of 1,722 imperceptible earthquakes beneath the Pinatubo edifice” since January 20.

The first cluster of earthquakes from January 20 to 26 ranged between magnitude 1 and magnitude 2.5, at depths of 15 to 28 kilometers, according to Phivolcs.

Then a “more persistent cluster of earthquakes” occurred “10 to 35 kilometers beneath the center of the edifice itself, with a few shallower earthquakes occurring on both ends of the cluster.” Phivolcs said these were between magnitude 0.5 and magnitude 2.8.

“All earthquakes recorded are associated with rock-fracturing processes,” added the agency.

Phivolcs advised the public to avoid entry into the Pinatubo crater area.

“Communities and local government units surrounding Pinatubo are reminded to be always prepared for both earthquake and volcanic hazards and to review, prepare, and strengthen their contingency, emergency, and other disaster preparedness plans,” the agency also said.

The eruption of Mount Pinatubo on June 15, 1991, is considered “the second largest volcanic eruption of the 20th century.” It killed more than 800 people. – Rappler.com