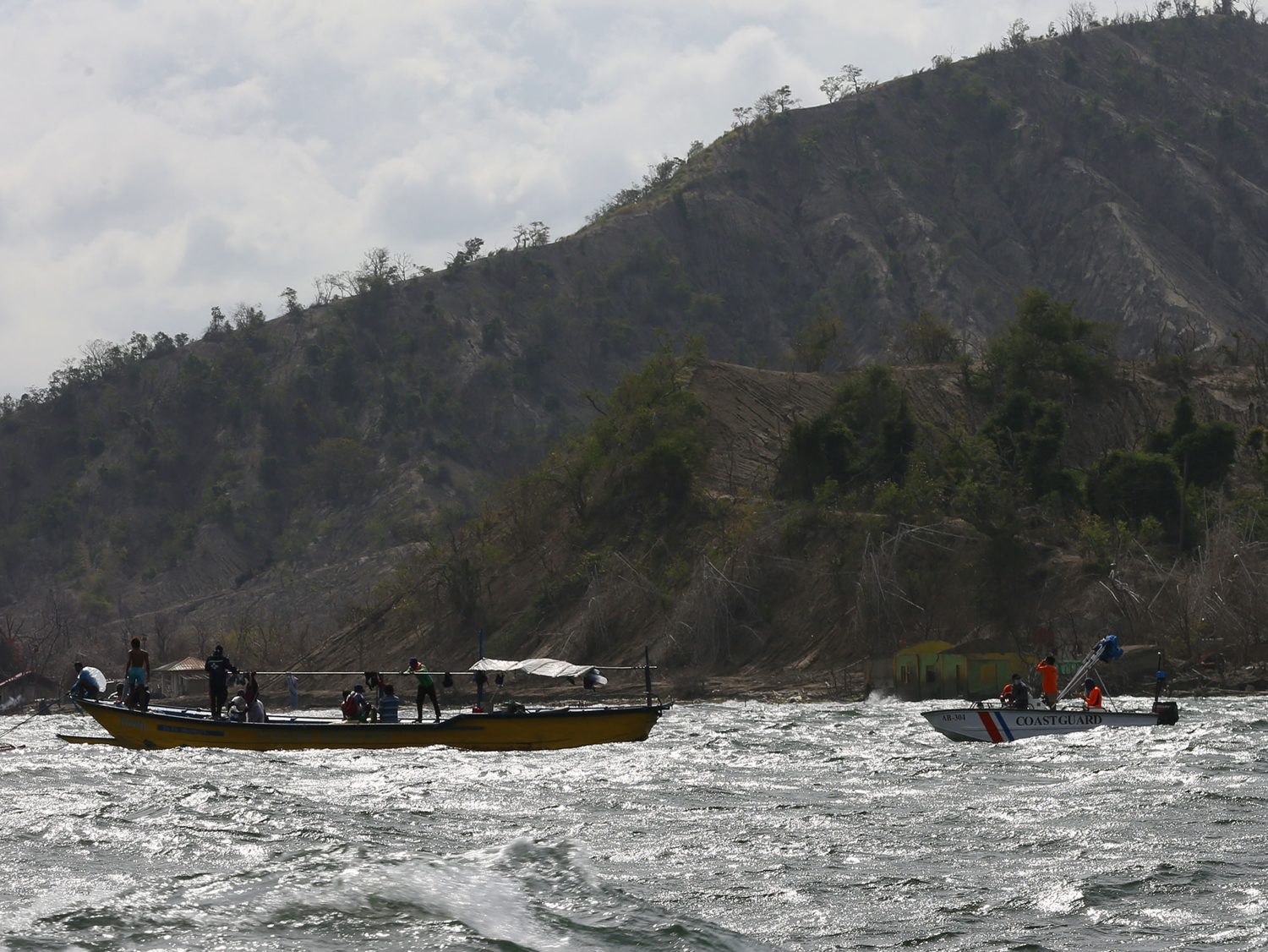 PATROL. Members of the Philippine Coast Guard patrol along Taal Volcano in Batangas on February 19, 2021.

The Philippine Institute of Volcanology and Seismology (Phivolcs) said on Tuesday, June 29, that SO2 emission averaged at 14,326 tons per day on Monday, June 28, “the highest ever recorded in Taal.”

Phivolcs explained that the “continuous and unprecedented” high levels of SO2, along with “water vapor emitted in plumes, weak air movement, and solar radiation,” are producing the volcanic smog or vog observed over Taal.

Exposure to vog can irritate the eyes, throat, and respiratory tract. People with health conditions, the elderly, pregnant women, and children may be most vulnerable to its effects.

Phivolcs said it has already received reports of the vog having “adverse effects” on some residents of Tanauan City and the municipality of Talisay facing Taal Volcano Island, and on some of Taal Lake’s aquaculture workers.

“We recommend that health checks be conducted by local government officials on communities affected by vog to assess the severity of SO2 impacts on their constituents and to consider temporary evacuation of severely exposed residents to safer areas,” the agency said.

“Local government units are also advised to regularly check the weather and wind forecasts of PAGASA (Philippine Atmospheric, Geophysical, and Astronomical Services Administration) in order to assess potential exposure of their constituents so long as SO2 emission remains elevated.”

Phivolcs also advised LGUs to “monitor activities of aquaculture workers to ensure that no one ventures too closely to Taal Volcano Island and gets exposed to lethal concentrations of volcanic SO2.”

Here are Phivolcs’ tips for protection from vog:

Earlier on Tuesday, Phivolcs said the haze observed in Metro Manila was due to pollution caused by “human activities,” not vog from Taal Volcano.

Taal Volcano has been under Alert Level 2 since March 9, which means it is showing increased unrest. The volcano last erupted in January 2020. – Rappler.com