TAAL VOLCANO. A short-lived phreatomagmatic eruption occurs at 5:18 am on July 7, 2021.

The Philippine Institute of Volcanology and Seismology (Phivolcs) observed more phreatomagmatic activity at Taal Volcano in Batangas on Wednesday, July 7.

Another “short-lived” phreatomagmatic eruption occurred at 5:18 am, generating “a grayish plume that rose 300 meters before drifting southeast.” 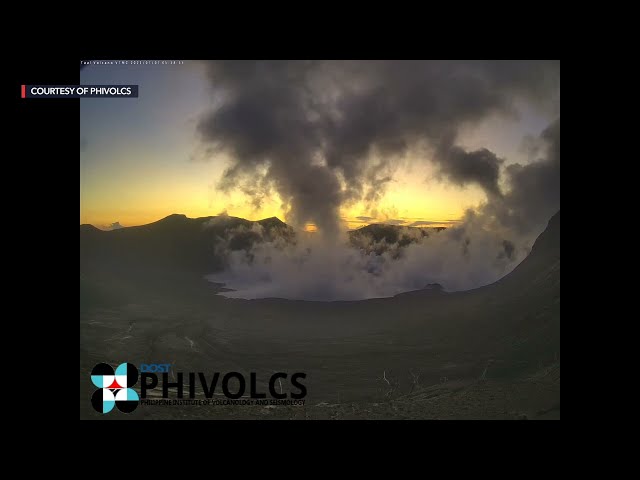 This was followed by a phreatomagmatic burst and weak eruption at 8:47 am for seven minutes, which generated another 300-meter-high plume.

Then Phivolcs recorded two more phreatomagmatic events at 9:15 am and 9:26 am, lasting for two minutes and five minutes, respectively. 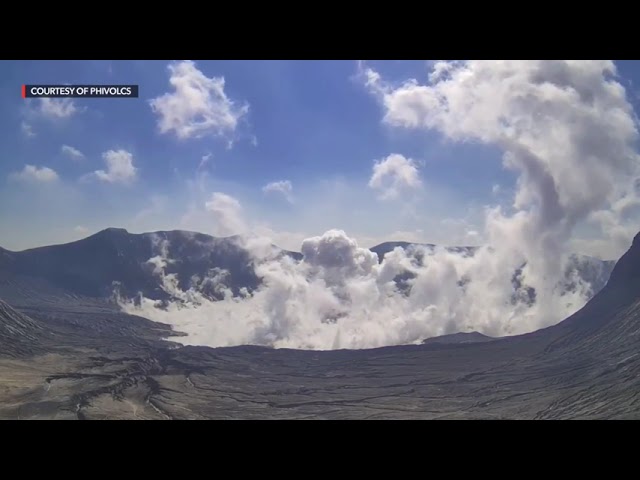 Another phreatomagmatic burst occurred at 11:56 am, resulting in a dark gray plume 200 meters high. 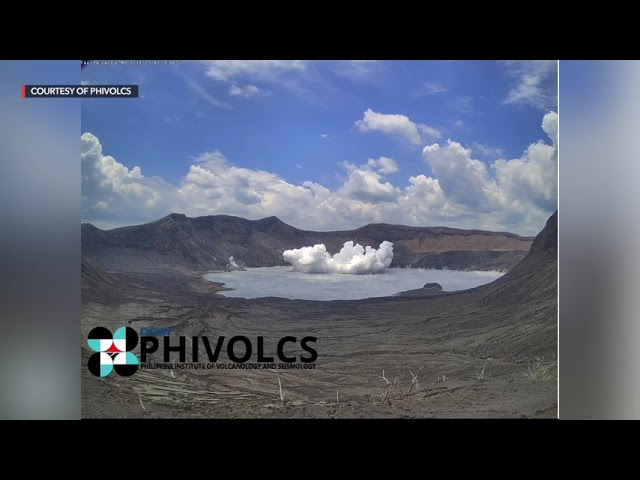 Lastly, there was yet another phreatomagmatic burst at 9:41 pm.

A phreatomagmatic eruption, or an eruption involving the interaction of magma and water, had prompted the declaration of Alert Level 3 for Taal Volcano last Thursday, July 1.

As of 8 am on Wednesday, the Taal Volcano Network recorded 55 volcanic earthquakes in the past 24-hour period. These include:

Low-frequency earthquakes are “caused by cracks resonating as magma and gases move toward the surface,” according to the United States Geological Survey.

A tremor, meanwhile, is “a continuous high-amplitude seismic signal that can be caused by multiple processes.”

The current all-time high for SO2 emission is 22,628 tons per day, recorded last Sunday, July 4.

Elevated SO2 levels indicate magma is at a shallow level or nearer the surface of the volcano. 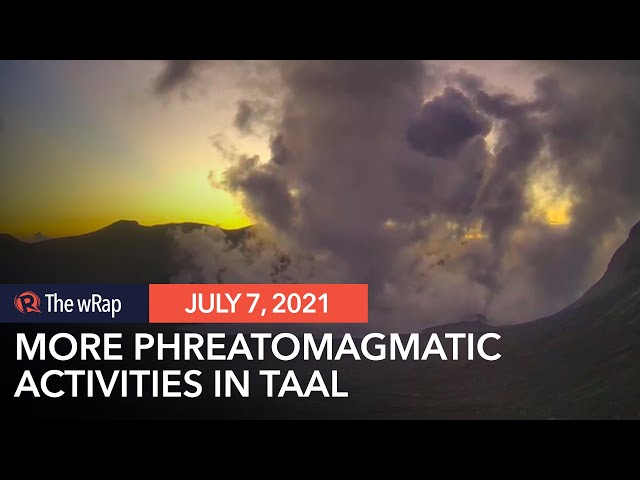 Under Alert Level 3, state volcanologists have been warning that magma “could drive [an] explosive eruption.”

If a strong eruption occurs, there could be pyroclastic density currents, which are clouds of hot gas, ash, and other volcanic debris. A volcanic tsunami is also possible since Taal Volcano is situated within Taal Lake.

The Batangas provincial government said the unrest has forced over 10,000 people to flee their homes. – Rappler.com