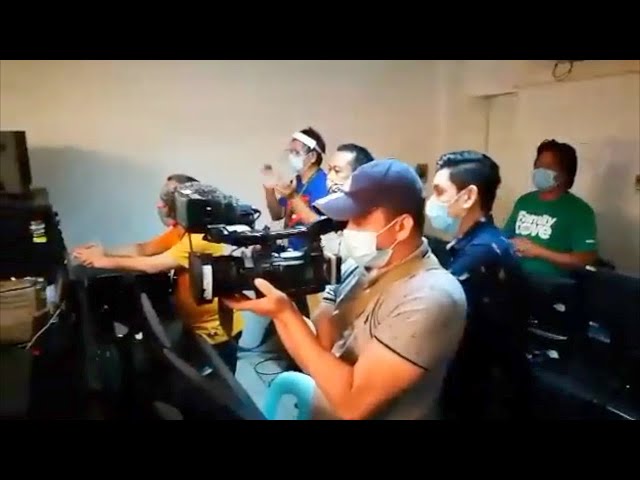 (The message we leave you all with is this: Despite the complications, the fingerpointing, despite all the abuse, we thank you very much for your trust.)

Lastimosa has been an anchor of the program for 25 years. (READ: In rural areas of Cebu, ABS-CBN the only information source for some families)

ABS-CBN announced on Wednesday, August 26, that 12 regional newscasts would stop production, even as most of them have already moved online due to retrenchment of much of the company’s workforce.

ABS-CBN stopped all TV broadcasts and moved its news programs online after May 5, the day the National Telecommunications Commission ordered the network to stop its operations as its franchise had already expired.

Two months after, on July 10, an overwhelming majority of the House committee on legislative franchises rejected bills seeking to grant the network a fresh franchise.

Here are some photos of the last moments of the news staff at ABS-CBN’s Central Visayas headquarters in Cebu.