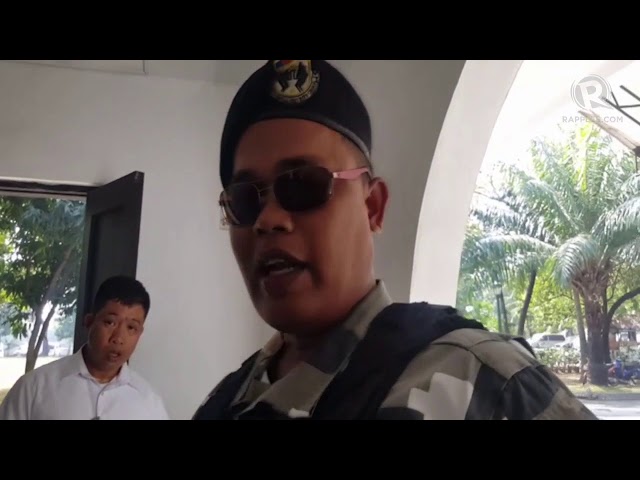 Ranada was entering the gate of the New Executive Building (NEB) at around 10:35 am to catch Presidential Spokesperson Harry Roque’s press briefing.

PSG Corporal Marc Anthony Cempron, who was at the guardhouse by the gate, informed her that she would not be allowed to get past the gate. Cempron asked for identification. When Ranada presented her Rappler ID and Malacañang Press Corps ID, Cempron reiterated that she cannot be allowed to enter the premises. (WATCH: Video taken by Inquirer.NET)

Asked why, Cempron refused to respond. He also tried to convince Ranada to stop recording the incident on her smartphone.

Pressed for a more specific answer, he said the order came from PSG “operations.”

Cempron said the instructions were relayed to him just that morning.

Ranada texted Media Relations Undersecretary Mia Reyes. After a few minutes, another PSG member showed up at the guardhouse to tell Ranada that the order has been clarified. 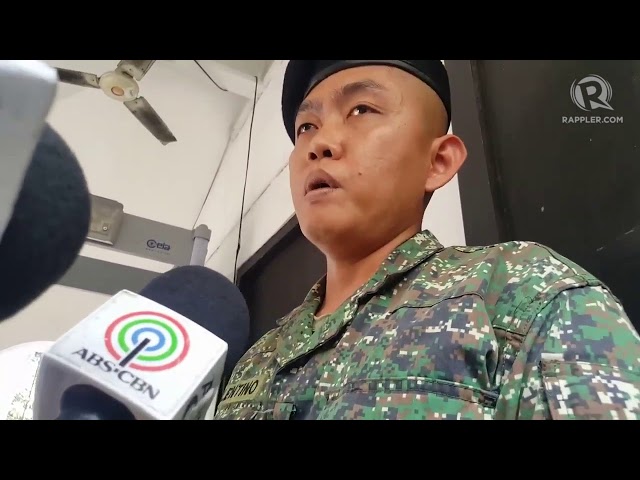 He said the order was to bar Ranada, not from NEB, but from Malacañang Palace itself, where Duterte holds office and has events.

Asked by Ranada until when the order was valid, the PSG personnel refused to respond.

In a statement, Rappler described the move as “another instance of power attempting to intimidate independent journalists.” It praised Ranada for her courage “in asking the tough questions that demand clear answers.”

When Ranada asked Roque about the incident, the Palace official said in a news briefing that he was not aware about the PSG order and assured Ranada that she could cover his press briefings, and also Palace events.

“We will continue to allow you to cover in the Malacañang Press Corps while your appeal [with the Court of Appeals] is pending,” Roque told Ranada, referring to the case involving the Securities and Exchange Commission’s revocation of Rappler’s certificate of incorporation on the basis of its alleged violation of the Constitution’s ownership restrictions for the media. Rappler has declared it is 100% Filipino-owned. 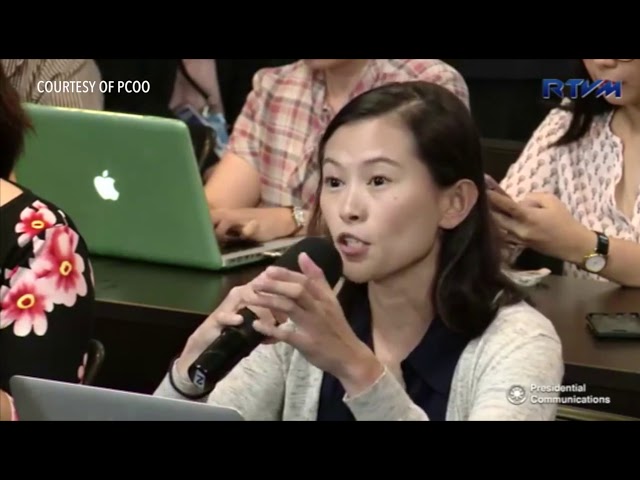 “Am I a security threat?” Ranada asked Roque. “I do not know,” he replied.

“You make conclusions without facts. You editorialize stories. You should stick to facts,” he told Ranada.

Ranada said the story on Go and the frigates deal was based on documents whose authenticity was attested to by government officials. (READ: Rappler statement on Bong Go’s fake news accusation) – with reports from Pia Ranada / Rappler.com