PUERTO PRINCESA CITY, Philippines (5th UPDATE) - A Philippine Air Force OV-10 aircraft has been reported missing after failing to return to base Sunday afternoon, June 23, from a training flight.

The aircraft, part of the PAF's 570th Air Wing, took off with another OV-10 at around 6:30 pm and made its last contact with the ground at 7 nautical miles east of the airport. (We earlier described the OV-10 as a fighter jet. It is not; it is a ground support aircraft. We regret the error. The Philippine Air Force does not have a fighter jet in its inventory; the last one it had - an F-5 - had been decomissioned several years ago. - Editors.)

The Air Force conducted a special training flight with two of its OV-10s on Sunday, but only one managed to return. "We lost contact with the pilot of the missing OV-10 since 7:35pm June 23," said Air Force spokesman Lt Col Miguel Okol. The plane had two pilots.

As of 10 am, Coast Guard spokesman Lt Greaneta Jude said they have located the nose of the ill-fated plane just one nautical mile off Puerto Princesa Bay. In the afternoon, search vessels found a floating debris of what looked like the tail section of the missing aircraft, Jude said. 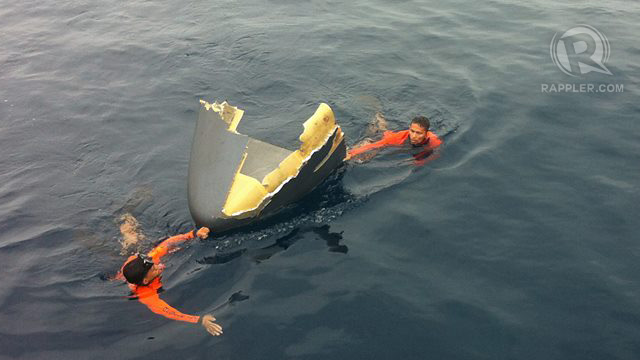 "We found a debris of the missing OV-10. We can assume that the plane had crashed and landed in the waters," Jude said.

Authorities declined to identify the two missing pilots since they have yet to inform their families.

All air, naval and ground units of the military's Western Command and the Philippine Coast Guard  are conducting search and rescue operations. - Rappler.com