LOCKDOWN. Barangay officers roam to accost violating residents of the curfew during the start of the seven-day granular lockdown at three alley communities in Barangay Addition Hills in Mandaluyong City, on midnight of March 12.

The Philippine National Police (PNP) nabbed at least 6,498 quarantine violators in the National Capital Region, 2 days after the implementation of the uniformed curfew hours, according to data released by PNP on Wednesday, March 17.

The figures are significantly higher than the daily average of 1,415 quarantine violators from March 1 to 14. The total number of violators in the said time span stands at 19, 809.

The implementation of curfew hours is part of the national and local governments’ efforts to curb the surging number of COVID-19 infections. On Wednesday, the Metropolitan Manila Development Authority announced that minors aged 17 and below will be prohibited outdoors for 2 weeks.

Minors aged 17 and below banned outdoors for 2 weeks – MMDA

Senator Nancy Binay said in a statement on Monday, March 15, that curfews are ineffective if the laxed mindset towards the health crisis continues.

“No matter how long we impose curfews, or even considering enacting ordinances as an institutional response to abate the surge of COVID cases, lahat ‘yan ‘di magiging effective (all of that will become ineffective) if we continue to display a relaxed atmosphere in the midst of a worsening public health crisis,” Binay said.

Senator Francis “Kiko” Pangilinan added that lockdowns and the apprehension of quarantine violators are ineffective without appropriate health measures in place.

For labor group Defend Jobs Philippines, the police should be considerate in implementing the rules, especially for workers.

As of Wednesday, the Department of Health recorded 4,387 new coronavirus cases that brought the total cases in the country to 635,698.

On March 13, DOH also confirmed the detection of P3 or a COVID-19 variant originated from the Philippines. On the same day, they also confirmed that the Brazilian variant which is said to be more transmissible was also detected in the country. – Rappler.com 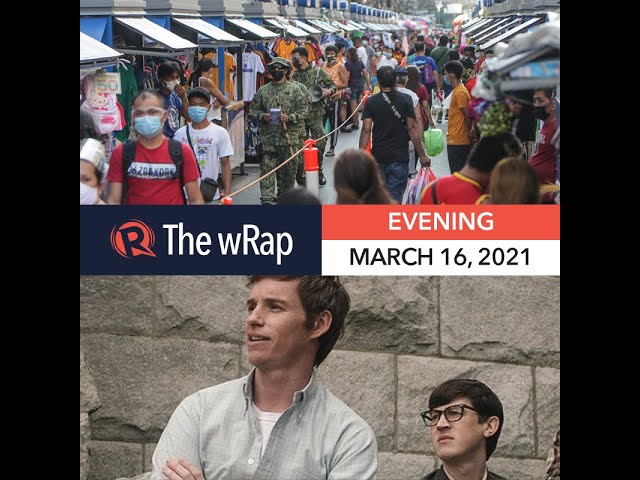