PNP creates guidelines for police on engaging with community pantries BARANGAYANIHAN. Residents queue as they receive fresh groceries during the "Barangayanihan" from the Manila Police District (MPD) Station 3 and officials from Barangay 378 in Sta Cruz, Manila on April 27.

Amid the ongoing wrangle between community pantry organizers and the National Task Force to End Local Communist Armed Conflict (NTF-ELCAC), the Philippine National Police (PNP) said it has already crafted guidelines to be followed by cops when engaging with said pantries.

The PNP announced on Thursday, May 20, that the PNP Directorate for Police Community Relations has created guidelines that will be strictly followed by policemen designated to guard the pantries.

Under the guidelines, police presence in the vicinity of the pantries should only be for the purpose of maintaining peace and order and ensuring that minimum health protocols are being observed.

The PNP has yet to release a copy of the said guidelines.

Since the pantries started sprouting on April 14, its organizers, including its proponent Ana Patricia Non, have complained over alleged profiling by policemen.

The NTF-ELCAC, along with the Quezon City Police District (QCPD), had shared a Facebook post red-tagging the community pantry organizers. The post had also been shared by at least seven other Facebook pages linked to the police. The QCPD has apologized for the incident and deleted the shared post. During the hearing on community pantries by the House Committee on Human Rights on May 19, PNP Human Rights Affairs Office (PNP-HRAO) Chief Police Brigadier General Vincent Calanoga apologized to community pantry organizers who felt threatened or intimidated by the actions of some policemen.

(The PNP apologizes to the people who were affected by whatever news or posts they found inappropriate.)

PNP Chief Police General Guillermo Eleazar, meanwhile, reiterated that the PNP did not order its police units to profile the organizers. The top cop added that the PNP’s apology signifies that the police have no intention to harm the said organizers. 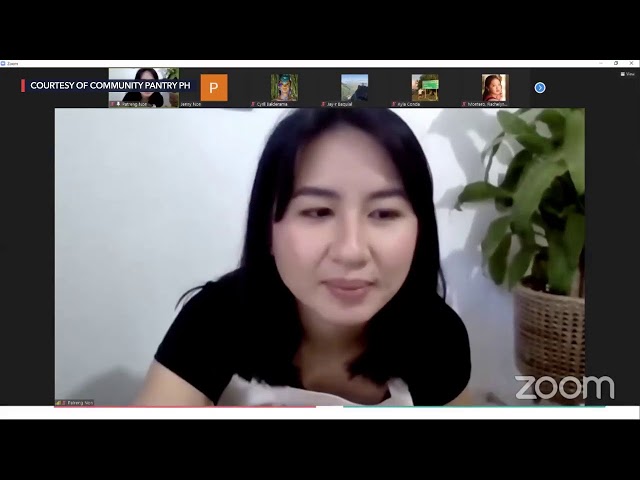 (This is proof that the PNP has no ill intentions. This also serves as a message to all our policemen to simply ensure that minimum health safety protocols in community pantries are being followed, and to help when needed.)

However, the PNP has yet to release the results of its investigation almost a month after the order. – Rappler.com