CHECKPOINT. Manila Police District officers inspect motorists and vehicles at a checkpoint along Dimasalang and España Boulevard in Manila on Friday, August 6, 2021, as NCR reverts to a two-week ECQ.

The Philippine National Police (PNP) said Friday, August 13, that apprehended more than 40,000 curfew violators in Metro Manila during the first week of the implementation of the rigid enhanced community quarantine (ECQ).

PNP chief Police General Guillermo Eleazar said in a statement on Friday that there were 40,314 violators in Metro Manila from August 6 to 13.

Eleazar said the violators were apprehended, fined, and warned for violating quarantine rules in 34 police checkpoints located inside Metro Manila. According to police’s data, the average number of curfew violators caught per day was 5,759.

As for those apprehended for violating authorized persons outside of residence (APORs) rules, the PNP caught a total of 2,398 violators in Metro Manila.

Under the PNP’s “tiny bubbles”, individual bubbles were implemented in each local government unit in Metro Manila. Inter-LGU crossing of borders was not allowed. 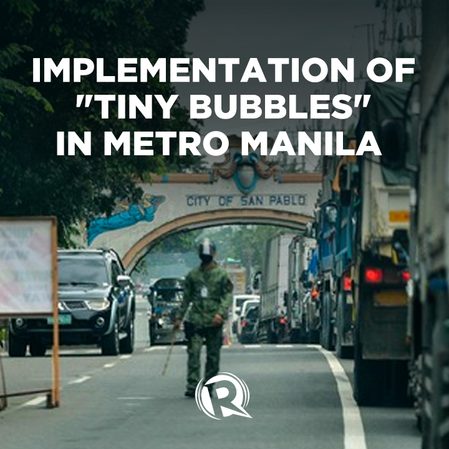 Only working APORs and those who have health or family emergencies would be allowed to cross borders in the tiny bubbles.

According to the PNP, if the data on arrested violators outside Metro Manila would be added to NCR’s data, the total number of violators would be at 134,606. The number included data from Bulacan, Cavite, Laguna, and Rizal provinces.

On a nationwide scale, Eleazar said the police caught a total of 231,856 curfew violators in one week. At least 353 individuals were sued by the police for quarantine violations, as of August 7.

On Day 1 of ECQ, police sue 353 in Metro Manila for curfew violation On August 9, the justice department clarified that the apprehensions of the curfew violators were covered by the Department of the Interior and Local Government-PNP-Department of Justice joint memorandum circular issued on May 31.

The memorandum stated that the apprehension of curfew violators by police officers shall be anchored under existing local ordinance in the city or municipality where the individual was apprehended. The memorandum also suggested fine or community service as sanctions to avoid congestion in detention centers.

Due to the rising cases of COVID-19 infections and the threat of the highly-virulent Delta variant, the government reimposed ECQ in Metro Manila from August 6 to 20.

This is the third time the strictest lockdown was implemented in the metropolis. But despite this, the country still fights the coronavirus with more than 1.7 million cases and over 29,000 deaths.

Human rights abuses were also recorded during the reimposition of the hard lockdown.

On August 7, Eduardo Geñoga was shot dead by Cesar Panlaqui, barangay tanod of Barangay 156 in Tondo, Manila. According to reports, Panlaqui accosted the victim for being noisy during curfew hours.

However, the victim reportedly approached the suspect with a stick, which prompted Panlaqui to shoot the victim in the chest.

The case was reminiscent of what happened to Winston Ragos, who died during the first implementation of ECQ in the country in 2020. – Rappler.com