The Philippine National Police’s Internal Affairs Service (IAS) recommended the dismissal of some of the police officers allegedly involved in the slaying of Calbayog Mayor Ronald Aquino last March.

Last Saturday, August 28, IAS inspector general Alfegar Triambulo said they submitted to the PNP Directorate for Personnel and Records Management (DPRM) a copy of the resolution on the administrative cases filed against five out of the nine police officers tagged in the death of Aquino.

Eleazar said in a video statement that he has yet to receive the documents on the review of the investigation and recommendation of the IAS from the Discipline Law and Order Division (DLOD) of the DPRM.

The killing of 58-year-old Mayor Ronaldo “Onald” Aquino has become one of the most high-profile assassinations of a politician in the Eastern Visayas in almost a decade.

Aquino was killed along with his two police escorts in what police called a “red teaming” operation then.

Two other police were killed when the bodyguards of Aquino retaliated against the shots first fired by the policemen. 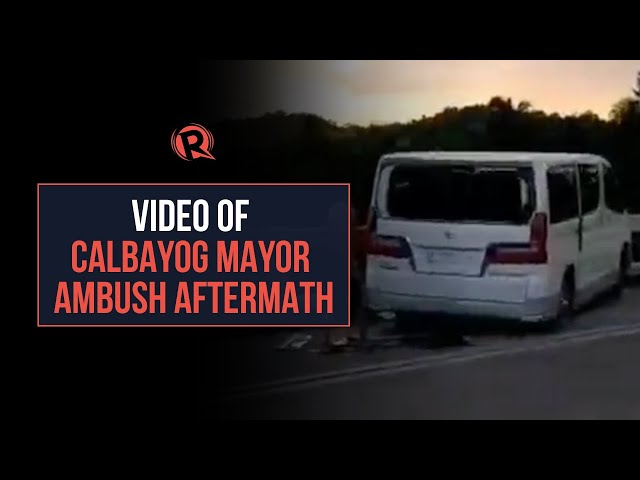 Triambulo reiterated that Aquino died in an ambush and not a shootout, walking back on the findings the police’s task force presented during a Senate hearing in June. Triambulo said police officers acted with “the purpose was to liquidate the mayor.”

The IAS chief said the 267 bullet holes in the vehicle of Aquino – including nine on the windshield – was an indication the cops intended to kill the chief executive of Calbayog.

The cops also failed to explain why two of its colleagues, Police Captain Joselito Tabada and Staff Sergeant Romeo Laoyon, wore bonnets on the scene of the crime, according to Triambulo. Meanwhile, Mark Aquino, the son of the late mayor of Calbayog, said his family welcomes the new development in his father’s case.

But Aquino considers the recommendation of the PNP-IAS to dismiss the five law enforcers inadequate as nine names were identified as part of the alleged ambush slay operation.

(The recommendation of the IAS to dismiss the five cops from service is not enough because we submitted nine names in the murder case we filed at the Department of Justice.)

The National Bureau of Investigation filed murder complaints against all nine police officers in June.

Calbayog has earned the moniker “killbayog” for being a city that constantly grapples with violence, especially during election season. – Rappler.com