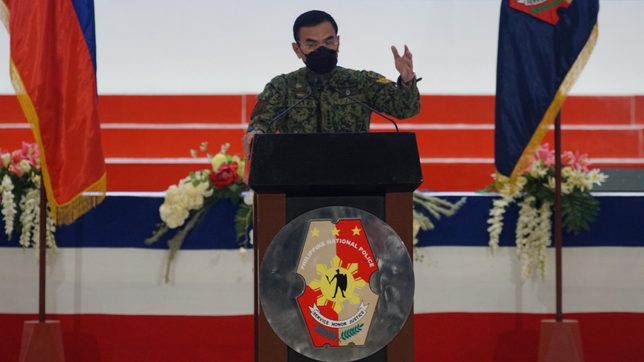 TOP COP. PNP chief Guillermo Eleazar during a press conference on May 27, 2021.

The Philippine National Police (PNP) has passed the buck to the Department of Justice (DOJ) whether to share the police’s records on the war on drugs with the Commission on Human Rights (CHR).

PNP chief Police General Guillermo Eleazar said they are now leaving the decision to the justice department because it will be the one to review the records and not the police.

(We leave this up to the DOJ if they’re going to share because we’re just working on it…. We leave it to the DOJ on how they will handle it because they’re the ones who will review it.)

Justice Secretary Menardo Guevarra announced on Wednesday, May 26, that the PNP had agreed to open 61 case records where the PNP Internal Affairs Service had already found liability on the part of law enforcers.

The CHR had long wanted access to the said records to conduct an independent investigation into drug-related deaths, which spiked when President Rodrigo Duterte assumed office in 2016.

“This is shared information to DOJ already dahil nasa kamay na ng DOJ itong mga dokumentong ito (because these documents are already with the DOJ),” the PNP chief added.

Although all the documents will be made available, it is unclear whether the CHR will still have to ask the PNP or the DOJ, or both. 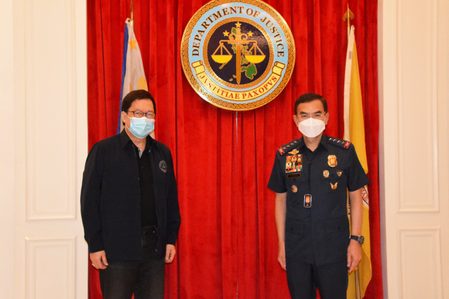 Meanwhile, the CHR still hopes that the PNP will cooperate with them as much as it does with the justice department.

“With this new pronouncement, we equally hope that the PNP ensures cooperation without reservation in the investigations and sharing of relevant case files with the CHR for our own independent probe,” said CHR spokesperson Jacqueline de Guia in a statement on Wednesday after the DOJ announced it would have full access to PNP’s case records.

In June, the International Criminal Court (ICC) will announce whether it will open the more formal phase of investigation into the drug war killings in the Philippines.

The ICC will open the investigation if it finds no willingness or ability on the part of the government to probe the killings itself. – with reports from Lian Buan and Jodesz Gavilan/ Rappler.com