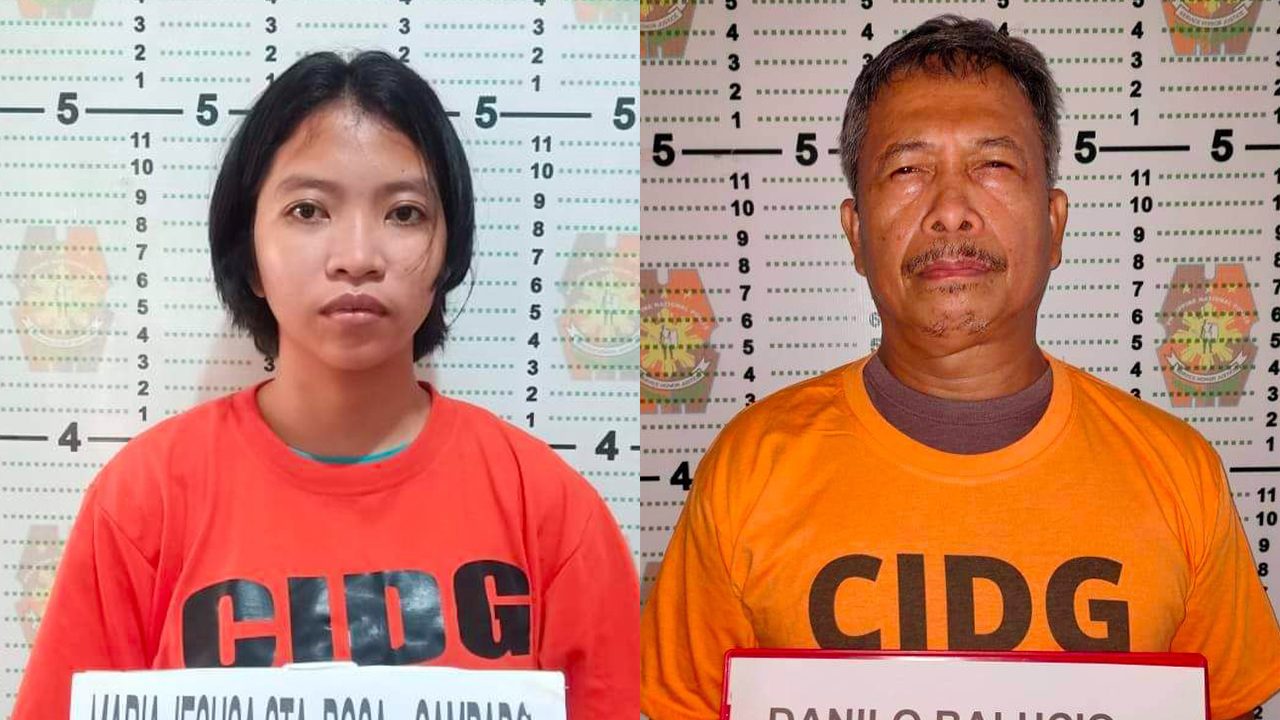 Facebook Twitter Copy URL
Copied
(1st UPDATE) 'The PNP anti-criminality campaign will continue to intensify its measures and strategies with the help and support of the public,' says PNP chief Debold Sinas

The Philippine National Police (PNP) continued its crackdown on activists after two leaders of progressive groups were arrested in separate raids in Naga City and Albay province in the Bicol region on Sunday morning, May 2.

Sasah Sta Rosa, the chairperson of Anakbayan’s chapter in Naga City, was nabbed by cops inside her house past 3 am, according to a Facebook post by Anakbayan Naga City.

The group accused the police of planting guns and grenades inside the youth activist’s home before detaining her at the Criminal Investigation and Detection Group’s (CIDG) headquarters in the city.

The cops allegedly forced Sta Rosa’s relatives to step outside their home and ordered her uncle to go down on his knees before reading out the search warrant.

(According to the family, the uniformed personnel raided the house for about 40 minutes. When they left, they brought with them a bag containing guns, grenades, and a red flag.)

Karapatan Bikol accused the CIDG members who nabbed Balucio of planting firearms inside his room, just like in Sta Rosa’s arrest.

The cops also allegedly punctured holes in the vehicle of a member of the National Council of Churches in the Philippines (NCCP), who was with Balucio at the time of his arrest.

(They planted guns and grenades inside the room of Paster Balucio. State agents also punctured holes into the car of the NCCP.)

Sinas, however, maintained that Balucio was arrested for illegal possession of firearms and explosives. He said the operation was “conducted in an orderly manner” and was overseen by Barangay San Isidro Captain Boogie Balila and Barangay Kagawad Napoleon Sardinia.

According to Sinas, Balucio is currently under the custody of the CIDG Albay.

“The PNP anti-criminality campaign will continue to intensify its measures and strategies with the help and support of the public, to arrest persons who pose a threat to the peace and order of the community,” Sinas said.

President Rodrigo Duterte’s government has intensified its crackdown on communist rebels, activists, and even mere government critics. In March, deadly police and military raids in the Calabarzon region left 9 activists dead in what is now known as the “Bloody Sunday” killings.

The arrests and killings of activists came in the wake of the passage of the anti-terror law, which critics have warned would be used by the government to go after dissenters.

The law’s constitutionality is currently being challenged before the Supreme Court. – Rappler.com