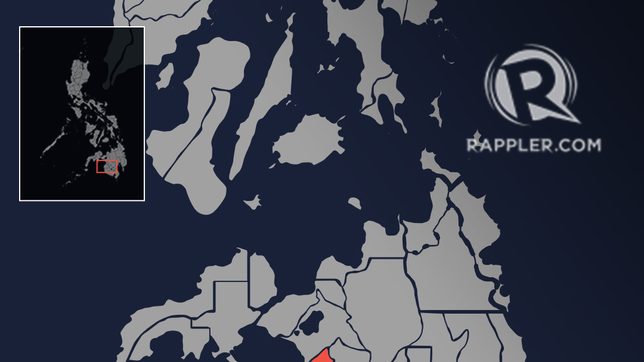 Facebook Twitter Copy URL
Copied
(1st UPDATE) Authorities are searching for Ibrahim and Freddie Mangudadatu, who are wanted in connection to the murder of their grandfather, Sanday Ali, and his driver in 2000

Authorities conducted raids in their hunt for two siblings of Maguindanao Representative Esmael “Toto” Mangudadatu who were ordered arrested in connection to the murder of their grandfather and his driver over two decades ago.

Police raided the houses of Mangudadatu brothers Ibrahim and Freddie in Buluan town, Maguindanao, on Wednesday, November 24, but did not find them.

The brothers are wanted for the murder of their grandfather Sanday Ali and his driver in February 15, 2000.

Ali, then the treasurer of Buluan town, was shot dead inside his office along with his driver.

In September, Ibrahim said they were surprised to learn that an arrest warrant was issued against them in connection to the 2000 murders.

“The warrant came at a really bad time because I am sickly. I nearly suffered a stroke  because of that,” he said.

Ibrahim is a former mayor of Buluan, the capital town of Maguindanao.

His son Babydats is the current mayor who is seeking reelection, a bid being challenged by Ali’s daughter, Jessieden Martinez.

Their congressman-brother Esmael said his siblings are innocent, and called their double murder case as political harassment.

Esmael has challenged the reelection bid of a relative, Maguindanao Governor Mariam Sangki-Mangudadatu, in the 2022 elections.

His brother Freddie, one of those linked to the 2000 murders, ran for governor but was defeated by Mariam.

Esmael criticized the police, saying they should instead hunt down more suspects behind the Maguindanao massacre “who continue to roam” within the SPMS Box.

The SPMS Box is area near the Liguasan Marsh in Maguindanao composed of the towns of Shariff Aguak, Datu Saudi Ampatuan, Mamasapano, and Datu Salibo.

Esmael lost his wife Genalyn to the gruesome 2009 Ampatuan massacre that claimed the lives of 58 people, including 32 media workers.

It was considered the worst election-related violence in the country and, so far, the worst single-day attack on journalists anywhere in the world. –Rappler.com