It's final: Robredo runs for congress 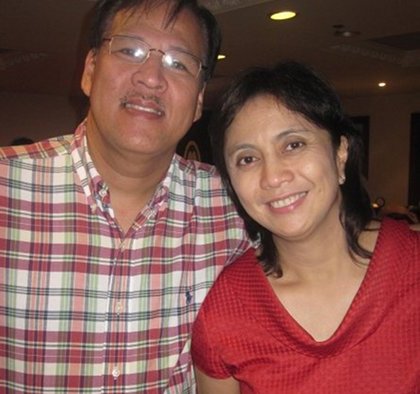 MANILA, Philippines - Bowing to pressure from supporters, Maria Leonor "Leni" Robredo, the wife of the late Interior and Local Government Secretary Jesse Robredo, is running for representative of the 3rd district of Camarines Sur.

Mrs Robredo filed her certificate of candidacy (COC) at around 3:30 pm on Friday, October 5, the last day of filing of COCs for the 2013 elections.

Rappler earlier reported that local supporters have been pressuring Mrs Robredo because they need a "unifying figure" who can continue to "protect the legacy of the late Secretary Jesse Robredo."

Mrs Robredo will be running against Nelly Favis Villafuerte, wife of outgoing Rep Luis Villafuerte Sr, patriarch of a well-entrenched political clan in the Bicol region and uncle of Jesse Robredo.

The senior Villafuerte will run for governor of Camarines Sur against his grandson Miguel Villafuerte.

But on October 3, Cadiz decided to file his certificate of candicacy, creating problems within the local LP party.

On Friday morning, Bordado announced to reporters that he was backing out of the race to give way to Mrs Robredo. Supporters then proceeded to the Robredo residence to convince her to run.

Bordado will run for councilor instead.

On ANC Friday afternoon, she acknowledged that she did not want to run and that her 3 children were against it.

Robredo said she only reached the decision to run Friday afternoon following clamor from supporters. She told ANC she chided them for not giving her enough time to decide, unlike the time that was allowed the late President Corazon Aquino and President Benigno Aquino III who, like her, were also forced to seek public office.

"It's too small a price to pay," she said, given the challenge to continue her husband's legacy of good politics.

She said she expects criticism because she has, after all, repeatedly rejected calls for her to run.

"Until now I don't know if I made the right decision," Mrs Robredo told ANC. "But I do this in honor of my husband" who built the local machinery.

Robredo also said she was overwhelmed by the support of the people of Naga.

Shortly after she made her announcement, Leni Robredo's name made it to the top trending topics for the Philippines on Twitter. 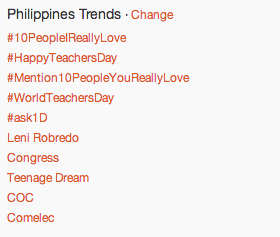 The group led by the late Jesse Robredo has dominated Naga City politics for decades.

Since Robredo was elected mayor in 1988, Nagueños have responded favorably to his rallying call, "Ubos kung ubos, gabos kung gabos," which essentially meant voting not just for him, but for his entire slate.

The team always won all the elective city posts. Bordado attributes this to the "consultative" process they go through in selecting who becomes part of the local slate. "This has been in place since 1992," he said.

Provincial politics are a different matter, however. Camarines Sur politics is dominated by the Villafuerte clan.

For the past 3 terms (since 2004), the district that Leni Robredo will be vying for has been represented by the clan patriarch, Luis Villafuerte Sr., who is Robredo's uncle.

Robredo himself never vied for any post outside of the city. When he reached the 3-succeeding term limit set by the Constitution in 1998, he chose to take a hiatus from government instead of vying for a higher post.

He told Newsbreak in a 2007 interview that he is not comfortable with provincial politics.

The late Jesse Robredo initially enjoyed the backing of his uncle, the senior Villafuerte when he ran for city mayor for the first time in 1988. But the relationship with Villafuerte turned sour soon after Robredo became mayor of Naga.

Robredo told Newsbreak in 2007 that he broke away when the old man started sending him documents to sign, treating him like a rubber stamp. A Princeton University study said Robredo discovered early during his first term that his uncle was associated with many of the illegal practices he sought to eradicate, including jueteng.

A low-profile political wife, Robredo entered national consciousness following the death of her husband on August 18. President Benigno Aquino III praised the widow and her three daughters for the strength they showed throughout the ordeal.

There have been calls for Robredo to enter politics and even run in the 2013 senatorial race. But Budget Secretary Florencio "Butch" Abad, a close friend of the late Robredo, said that Mrs Robredo was not interested.

Only last September, the Judicial and Bar Council shortlisted her for 3 separate vacant positions for Regional Trial Court judge: Calabanga and Pili in Camarines Sur and Ligao City, Albay.

The JBC interviewed Robredo on February 22. Robredo is connected with the Naga chapter of Saligan, a national alternative lawyers’ group helping farmers.

The well-loved Jesse Robredo died on August 18 in a plane crash off Masbate. - Rappler.com