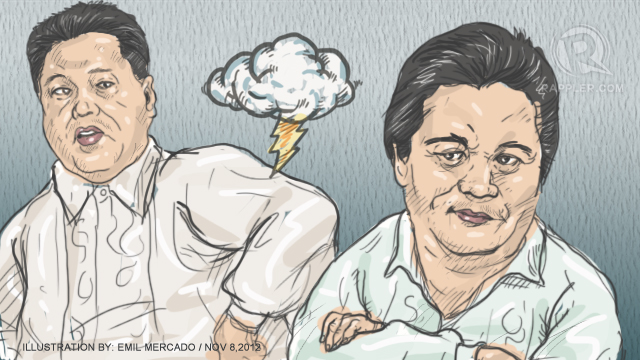 MANILA, Philippines (UPDATE)– Will there be sibling rivalry in the Senate in 2013? For Sen Jinggoy Estrada, there won’t be unless his brother insists on one.

Estrada took exception to the media statements of his brother, San Juan Rep JV Ejercito, about a sibling rivalry between the two of them.

On Thursday, November 8, Estrada issued a statement in response to media reports about Ejercito’s press conference in Bacolod two weeks ago. The reports quoted Ejercito as saying that their rivalry may reach the Senate if the congressman wins in the 2013 senatorial polls.

“I am very upset and deeply hurt over some of the comments made by him and his efforts to generate publicity over a supposed competition or rivalry between us at my expense,” Estrada said.

“I have never been a party to what others regard as a sibling rivalry nor considered our relationship as such. I believe that the nature of our tepid relationship is perhaps understandable considering our family’s circumstances.”

Jinggoy and JV are sons of former President Joseph Estrada. Jinggoy is Estrada’s son with doctor and former Sen Luisa “Loi” Estrada while JV is the son of former actress and San Juan Mayor Guia Gomez.

In releasing the statement, Sen Estrada attached the article of The Freeman titled, “JV sees sibling rivalry with Jinggoy may reach Senate.”

The article quoted Rep Ejercito as saying, “It’s going to be exciting. Some even say there’s going to be a check-and-balance in the Senate.”

When contacted by Rappler, Ejercito said that his brother misunderstood the story.

“He misunderstood the article. What I said was that we both already matured. We stopped fighting. I said the rivalry was an open book in the past. We love our father very much and we both decided to bury the hatchet,” Ejercito said in a phone interview.

“Maybe he didn’t read the article fully. The title was confusing.”

Ejercito denied that he made the statements as a publicity stunt for his senatorial bid. He, however, refused to discuss further the previous rivalry, saying it was an “open book.” 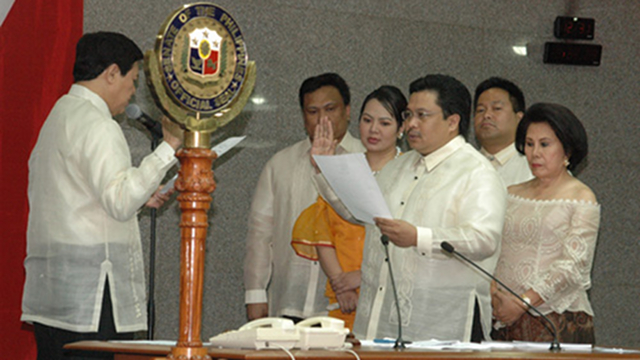 In his statement, Sen Estrada lamented his brother’s remarks.

“Any statement insinuating hostility much more creating public perception of antagonism stemming from such family set-up, between two lawmakers possibly extending to the halls of the Senate is farfetched and very unfortunate,” Estrada said.

“I admit that we may not agree and even argue on some social and political issues – much like the atmosphere in any deliberative body and the current Philippine Senate …. Again, this does not mean that we have to be at each other’s throats at all times, though it seems that my brother thinks otherwise.”

Estrada said that if Ejercito wins, he will deal with him professionally. “I will carry out the task as a seasoned legislator and as a stateman considering that my brother is a younger colleague."

The senator added, “I believe that I have done my best to prove that I can rise above any petty and unjust remarks against me from my own brother. I sincerely hope that as a senatorial aspirant who I look forward to being a colleague in the Senate, he can do the same.”

'No intention to hurt Kuya Jinggoy'

In a press release, Ejercito said that the words "sibling rivalry" came from the reporter, not him. What he said was "We're not 'buddy-buddy' or textmates but we're civil [to each other]."

Ejercito said he was only responding to the "insinuation" of a reporter that he and his brother always "take the same side of any question, presumably to the detriment of the nation."

"If my answers in that interview hurt him, that was not my intention."

"I believe both of us love our father. That is why, for my part, I will always try to bridge the gap that separates us, considering 'our family's circumstances.' I'm sure my Kuya Jinggoy will appreciate the effort."

Past rivalry in San Juan

In an interview in June, Ejercito discussed his relations with his father and brother.

He told Karen Davila on ANC’s Headstart that he harbored no ill feelings against his father even if he was not part of the “primary” family.

Ejercito said that even if he had many children, the former President made it a point to spend time with him and make up for shortcomings.

Ejercito admitted that he had a rivalry with Jinggoy in his early years in politics in San Juan. Jinggoy was mayor of San Juan from 1992 to 2001 and JV took over from 2001 to 2010.

Ejercito, however, said that their relationship improved as they realized during their father’s incarceration that the former President had frustrations, including “making us friends.”

“Probably, we both realized later on that we want our father to live longer, he’s suffered long enough.”

“We’re now better. A lot better than before. At least, we’re not fighting anymore.”

Aside from being brothers, Ejercito and Sen Estrada are partymates at the Pwersa ng Masang Pilipino (PMP).