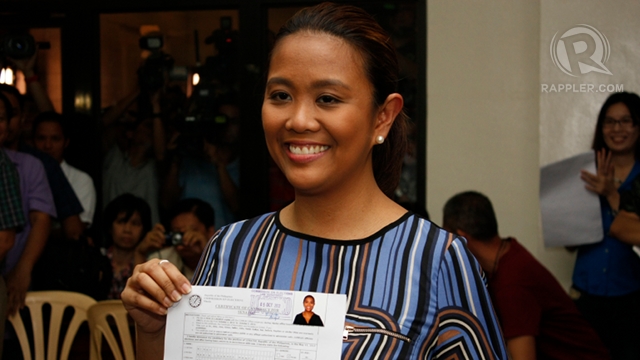 'DYNASTY OF SERVICE.' Nancy Binay, eldest daughter of Vice President Jejomar Binay, says she and her siblings were brought up for "public service." File photo by Don Regachuelo 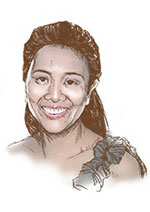 *Source: Office of the Vice President 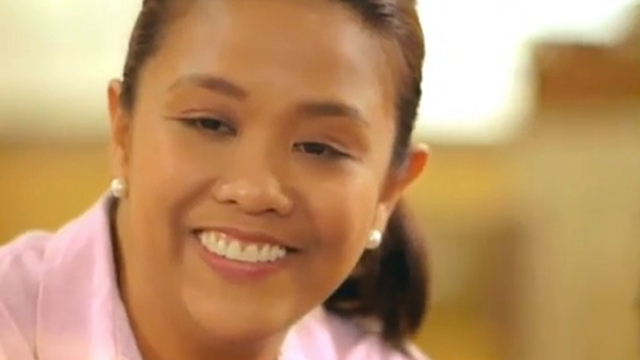 NEW BINAY. Amid criticism of political dynasty, Nancy Binay says, "There's more to me than my name." Screenshot from Nancy Binay's ad

MANILA, Philippines – Of all candidates of the two major coalitions, only Nancy Binay has no experience in elective or appointive office. In past quarterly surveys, however, she consistently placed in the top 12 of preferred senatorial aspirants.

It’s her name. When other candidates were trying to come up with some lofty advocacy or platform to convince the public why they are better than the others, Nancy’s father, Vice President Jejomar Binay, was rather straightforward about her advantage: “She’s my daughter.”

Maria Lourdes Nancy Binay-Angeles is the eldest daughter of Vice President Jejomar Binay. Nancy has, in her own words, been a “forever personal assistant.”

At 25, she became her mother’s personal assistant when Dr Elenita Binay took over the reigns of Makati as mayor from 1998 to 2001. Her father, Makati mayor for over two decades, had to step down then after completing 3 consecutive terms.

Now that her father is Vice President and housing czar, she is his personal assistant for housing matters, linking Binay’s office to shelter agencies. She acts as his proxy, delivering speeches and attending events on his behalf. Nancy is also deputy secretary-general of Binay’s United Nationalist Alliance (UNA).

Content with keeping a low profile, Nancy was forced to join the political fray as the last minute candidate of UNA. The alliance was hard-pressed to complete its slate after businessman Joey de Venecia backed out on the first day of filing of candidacy.

Nancy became the obvious and only choice. UNA cited her “consistently strong performance in the surveys.” Although she had not declared any intention to run, she claimed that her name was included by Pulse Asia’s pollsters in its surveys, and she surprised many when she placed within the so-calling winning circle.

Asked on ANC if she floated her name before the party’s selection process started, she said: “No, according to Mr [Ronald] Holmes (president of Pulse Asia), they were trying the political names so they included my name. I think that’s how it started. Wala talagang intention na isama ’yung pangalan ko on our part." (There was really no intention on our party to include my name.)

Why her name and not her brother Junjun’s? “Baka because lagi akong kasama ng tatay ko." (Maybe because I am always with my father.)

After filing her candidacy, Nancy even jumped 4 places in Pulse Asia’s November poll.

Nancy has 4 children with businessman Jose Benjamin Raymundo “Pepito” Angeles. She is campaigning on a platform of improving housing services and children’s health and education.

Besides inexperience, the biggest criticism of Nancy is the issue of political dynasties. Her siblings, Makati Mayor Jejomar Erwin “Junjun” Binay Jr and Makati Rep Mar-Len Abigail Binay-Campos, are also running for reelection.

For Nancy, the Binays are “a dynasty of service.”