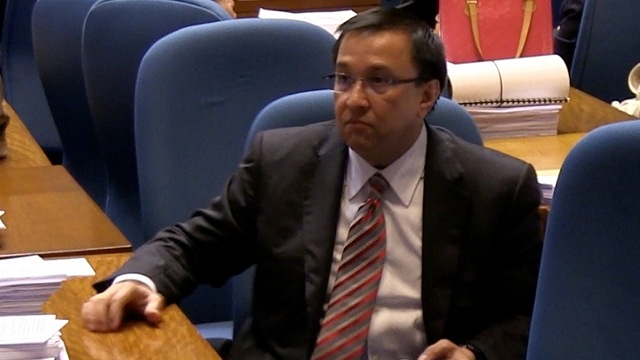 The survey was conducted at the height of efforts to remove his father and namesake as Senate president. 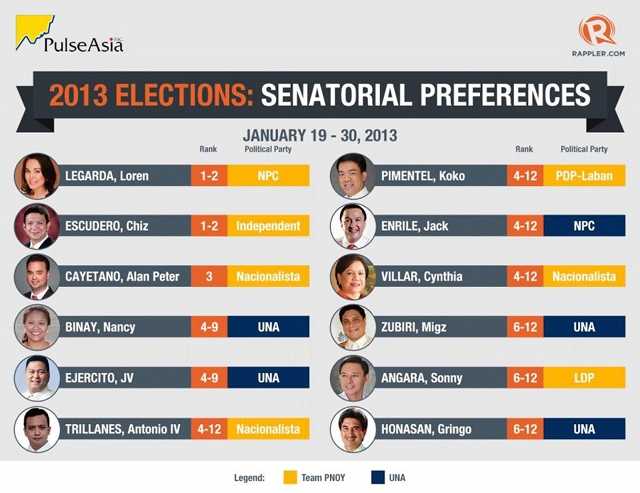 In the Pulse Asia survey, Jack Enrile got a voting preference of 40.4%, a big drop from the November 2012 Pulse survey, where he got a preference of 53.2%.

He, however, remains in the winning circle, ranking 4th to 12th with 4 others.

Among those tied with the younger Enrile is his father's nemesis, Trillanes, who got a voting preference of 41.1%. 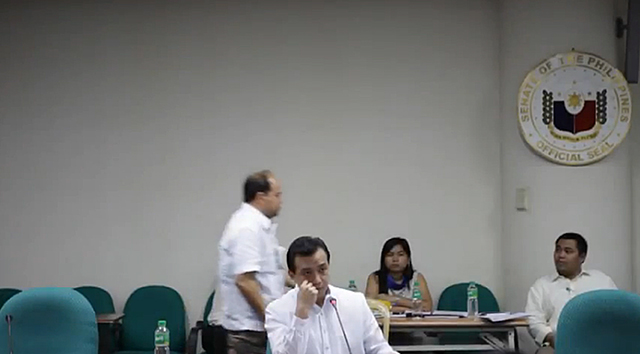 The Senate President is seen to protect his image not only for himself, but for his son Jack, a 54-year-old Cagayan representative and one of the Congress' top absentees. Jack is running under the United Nationalist Alliance, which the elder Enrile leads along with Vice President Jejomar Binay and former President Joseph Estrada.

In an interview with Rappler, Jack Enrile said he wants to follow in his father's footsteps – even if being the older Enrile's son was a burden for him as a child, during the Marcos years. (Watch more in the video below.)

Jack Enrile lists food security and credit card reform as among his advocacies. (Read Rappler's profile: Can Jack Enrile bury the past?)

Trillanes, on the other hand, has often blasted Enrile Jr's father. Speaking to Rappler, Trillanes said: “He has survived all these changes in the administration, and if there is a skill in that, if you want to be a political survivor maybe you can study or read his memoir. But if you’re looking for public service in there, I can’t say that he is or he was the ideal public servant.” (Watch more in the video below.)

Other notable trends include the following:

Seven out of 12 candidates in the winning circle have relatives who remain or used to be in government. – Rappler.com