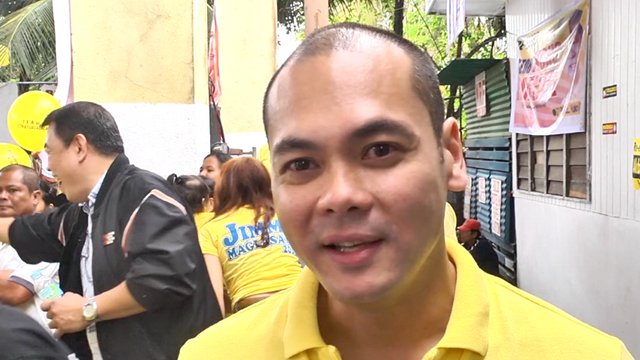 CEBU, Philippines – The "practical politics" of the Durano clan in Cebu could help the Liberal Party (LP) end the reign of the Garcia family, which has ruled the province for nearly two decades now.

It doesn't matter that the venue and the crowd were small; the presence of the Duranos made it clear that the crucial district will deliver the votes on May 13.

"I'm not a fortune teller but the 5th district is supporting Junjun Davide so i believe he has the good chance of being the next governor of Cebu," Durano told Rappler.

It is Davide's second attempt to run for governor. Only 3 years ago, in the 2010 elections, the same Durano clan junked Davide, son and namesake of the former Chief Justice, to favor his rival then, Gwendolyn Garcia.

In that race, the 5th district almost singlehandedly gave Garcia her victory. She led Davide in the district by about 86,000 out of her total 96,341 lead in the final tally.

"I expect to win there now," Davide told Rappler. He said they also strengthened their hold on the other districts where the results were tight in the last elections.

The crowd in Team PNoy rallies in Cebu was smaller than UNA's last week. But Davide said this is like comparing apples with oranges. "There's a distinction. The UNA rally was proclamation rally. The rally yesterday was part of the regular sorite," he said.

"We are not after quantityy. The supporters went there voluntarily. Walang hakot. Walang binayaran," Davide added.

Forged last year, the local coalition between the Liberal Party and the Duranos' Bakud Party is an interesting political development in vote-rich Cebu province.

Bakud president and Cebu Rep Red Durano is confident Davide will defeat Gwendolyn's brother Cebu Rep Pablo John Garcia, to become Cebu's next governor. Gwendolyn is on her third and last term. She succeeded her father now 2nd district Rep Pablo Garcia, who also served for 3 terms, or a total of 9 years.

"We will give him (Davide) the same support that we gave Governor Gwen then. I believe he will get big majority here in the district," he added.

Critics may look down on the clan for jumping ship, but Durano said the move reflects "practical politics." It's always best to be on the good side of the current administration, said Durano.

"You're in office not for yourself but for your constituents. It's a big advantage if you're with the administration because they're the ones in power who can give benefits to your constituents," Durano explained.

As early as 2010, the Durano clan had warned Gwendolyn Garcia that they were unlikely to support her in 2013. Bakud's Party's coalition with President Aquino's Liberal Party was inevitable. Aside from practical politics, there are personal ties. Cebu's top councilor and now acting governor Agnes Magpale is the sister of Secretary Jose Rene Almendras, a close friend and ally of President Aquino. Almendras, former energy chief, is now Secretary to the Cabinet.

"We anticipated that come 2013 there would be an alliance with the Liberal Party," Durano said.

Durano recalled how his father met with Gwendolyn to explain the 2013 scenario. "We supported her already. We gave her her last term. That' the situation," Durano said.

Durano said he remains friends with the Garcias. The Garcia political patriarch, 2nd District Rep Pablo Garcia, and his son, gubernatorial candidate Pablo John, are his colleagues in the House of Representatives.

"The alliance was political in nature. The personal relations are still there. In poltiics it's like that. One day you're allies. The next day you are opponents," said Durano. - Rappler.com