Comelec to NPC: Are you admin or opposition? 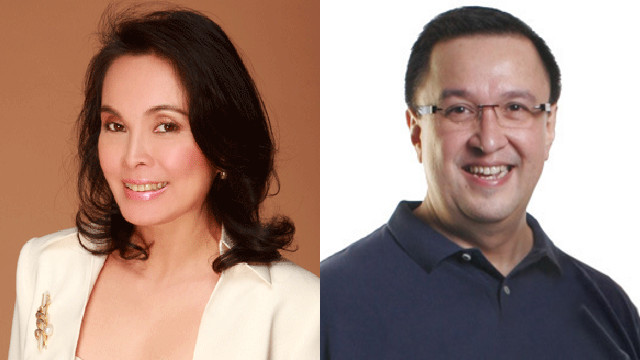 MANILA, Philippines -- Six national parties faced the Commission on Elections (Comelec) on Thursday, February 28, to seek accreditation as dominant majority and minority parties for the 2013 polls, a recognition that will allow them to deploy watchers at precincts and entitle them to copies of the election returns.

The poll body, however, questioned the allegiance and alliance of the Nationalist People's Coalition (NPC), which is applying for the status of dominant minority party. Is the NPC an administration or opposition--majority or minority--party?

At the hearing, NPC was asked why it should be accredited as dominant minority party when its national candidates are on different camps. In the sentorial race, the party has two candidates fielded with two coalitions: Loren Legarda under Team PNoy and Jack Enrile under the United Nationalist Alliance (UNA). A third member, Ed Hagedorn, is running as independent.

Comelec chairman Sixto Brillantes Jr wondered how the party can campaign this way, and said the party is disorganized.

Nelia Aureus, counsel for NPC, said the party has fielded candidates in the local level, and their numbers should be considered in determining the size of the organization. In the case of Legarda and Enrile, she said, it was their personal decision which national coalitions to join.

NPC spokesperson Rex Gatchalian told Rappler that having two candidates in the opposing coalitions should not affect the party's accreditation, as Legarda and Enrile filed their candidacy under the party. Their certificates of candidacy (COC) show they filed as NPC.

"They may have joined different political coalitions, but they never changed parties -- and that forms part of the criteria in classifying [a dominant party]." Gatchalian said.

In the 2010 elections, NPC was also questioned when it sought accreditation as dominant minority party. It merged with the Nacionalista Party (NP), a move seen as a way for the two parties to meet Comelec's requirements for a party or coalition to field the most number of candidates to gain accreditation.

The coalition was allegedly formed after the deadline for registration of political parties, but it was still allowed by the poll body.

It was LP, however, which was named the dominant minority party in 2010. - Rappler.com