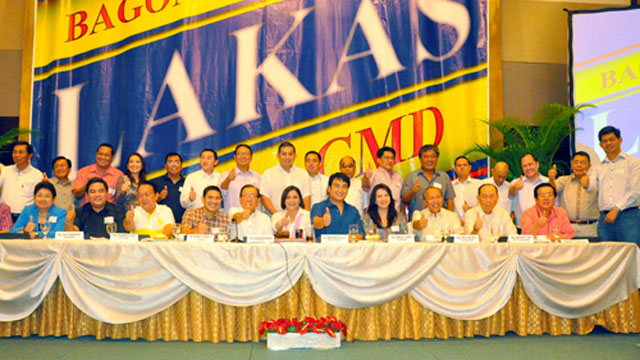 In spite of the exodus of members after the 2010 elections, Lakas-CMD remains a force to reckon with. It has 3 incumbent senators, 14 incumbent governors, and 28 incumbent members of the House of Representatives. (Political party profile: Lakas-CMD: Relevant for how long?)

The Commission on Elections recognized Lakas-CMD as one of the "major parties" this coming elections. UNA narrowly edged out Lakas to become the dominant minority party.

The former ruling party reached the decision to endorse the 6 during the executive meeting in Makati on Wednesday, April 10, according to Lakas-CMD spokesman Raul Lambino.

Lambino said the party will meet again next week to endorse 4 more for a total of 10 candidates.

The party will allow local candidates to endorse 2 more candidates in their localities to complete their Magic 12, he said.

"There are still some contentious issues," he said.

Former President Gloria Arroyo is no longer active in the party. - Rappler.com