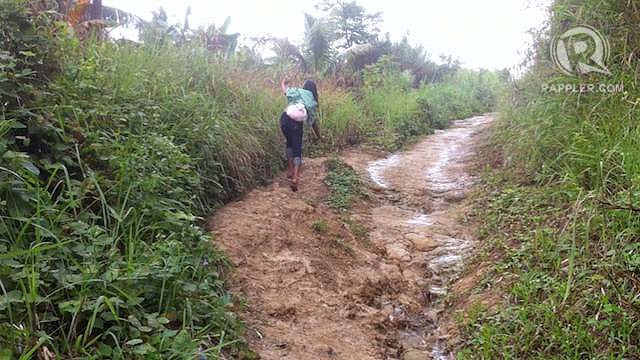 UNFINISHED ROAD. A lady tries to maintain her balance as she walks along an uneven road to a remote coastal barangay in Catbalogan, Samar. Photo by Judith Balea

CATBALOGAN CITY, Philippines – The City Homes-Ibol-Pangdan road links the village of Pangdan to the national highway. It could have been a boon for over a thousand poor families in this coastal barangay – they fish and plant crops, and they need to get their harvest to the market fast.

A walk down the 4.8-km road can take more than an hour, however. The road is narrow and uneven. It starts rough and only worsens from there. In the rain, it turns muddy and slippery, and extremely difficult to pass.

Pangdan village chief Ruperto Labarda Jr, 59, said fishermen who earn a measly P100 on a good day could save a few pesos more if they could take their catch to the city market via land instead of sea and get rid of boat rental and fuel costs. Traveling by land is also safer when there’s a storm.

“Binuksan ng bulldozer, no'ng umalis hindi na bumalik. Sabi nila aayusin, puro pangako, hindi naman tinutupad.” (A bulldozer was used to open the road. Then they left and never came back. They said they would fix it. They never kept their promise.)

“Parang naghihintay na lang kami sa wala.” (We are waiting for nothing.)

Samar's story is hardly original. A family that allegedly built its war chest from state revenues rules, while other emerging clans incessantly challenge it. Here, politics is all about patronage and, in some areas, violence had been the means to achieve political goals.

As corruption continues to persist, the province plunges deeper into poverty. 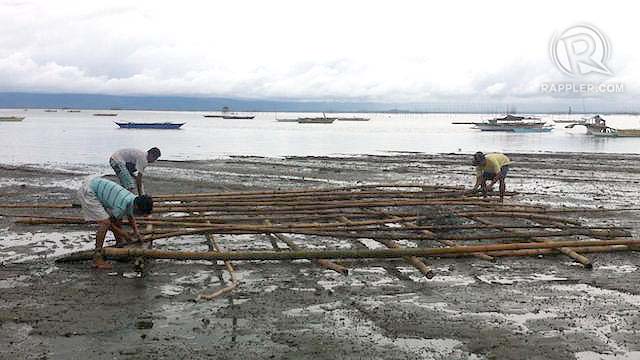 BURDENED. Without a good road, fishermen who earn a measly amount spend more to take their catch to the market. Photo by Judith Balea

The ruling political family, led by former governor and now 2nd district Rep Milagrosa “Mila” Tan, has been in power for 15 years. In this year’s elections, Mila, 55, is running for re-election and also fielding her 4 children and brother-in-law for various posts. If they all win, the provincial capitol, the two congressional districts, and key cities will be under their control.

(Read: The Tans of Samar: Expanding a dynasty)

For their critics, the reason Mila is fielding her entire family to these posts is obvious: they want access to pork barrel funds and the largest internal revenue allotments (IRAs).

“Ginagawa nilang business ang pulitika. Ngayon kinukuha na nila lahat ng posisyon na may malaking IRA para tuluy-tuloy ang kita nila,” said a provincial government employee, who requested not to be named. (They're making this a family business. They are going after the positions with the largest IRAs for a continuous stream of income.)

Allegations of corruption – misuse of public funds, rigged bidding of contracts, and unfinished but fully-funded roads – mar the Tans’ 15-year reign. Mila, for one, was suspended in 2008 over charges of graft and corruption, following irregularities in the use of Samar’s calamity funds. The charges against her were filed by the Ombudsman before the Sandiganbayan.

Amid all these, the province has had little, perhaps even nothing, to boast about in terms of progress, based on government data.

Samar remains one of the poorest in the country.

Yet the Tan family is not taking the blame.

Mila’s daughter, re-electionist Governor Sharee Ann “Sheeann” Tan, 30, denied any wrongdoing. She claimed that the family’s political rivals are out to destroy them at all cost.

“Sinasabi nila marami kaming pera. Sa totoo lang, walang halong kalokohan, hindi kami mayaman. Sinasabi nila mayaman kasi sobra kaming mamigay sa tao, tumulong.” (They’re saying we have lots of money. The truth is, and this is no joke, we are not rich. They only say we’re rich because we give so much to the people, we help.)

She pointed to Samareños' “laidback” attitude for the lack of progress in the province.

Around 45% of Samar’s population falls below the poverty threshold. Fishing remains to be the main livelihood in the province but illegal practices, which destroy coral reefs and breeding areas, continue to deplete fish stocks.

She added that with long distances between municipalities and the absence of reliable means of transportation, goods get spoiled before they even get to the markets.

“We don’t have enough funds. If we had huge funds I would be able to finish road projects easily.” 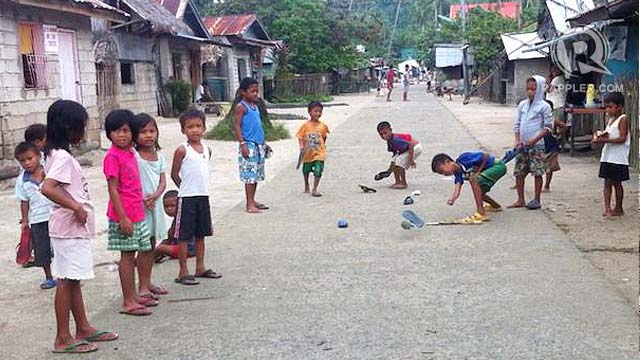 The Tans said they have Samareños’ best interest at heart, but their critics are not convinced.

After the 2010 elections, two separate petitions for recall elections were filed before the Commission on Elections (Comelec) to oust the Tan siblings from the governor and vice governor posts. Sheeann’s brother, Stephen James “Jimboy” Tan, 29, is her vice governor.

The petitioners, who were backed by 19 of the 26 mayors in Samar, accused the siblings of being incompetent. They also alleged that the mother was the one calling the shots at the capitol.

“It was our lowest point,” Sheeann said.

The move to oust the Tans was led by the now deceased Reynaldo Uy, who was then mayor of Calbayog. Had the Comelec approved the recall initiative, Reynaldo would have run for governor.

But the odds were in the Tans’ favor.

On April 30, 2011, Reynaldo was shot by a gunman inside a covered court in Hinabangan. He died in hospital the next day.

Months later, the recall petitions against the Tan siblings were dismissed by Comelec after proponents failed to garner enough “valid” signatures to get them moving.

Aika said it was evident who had the motive to kill her father – a “highly corrupt politician,” she said, alluding to the matriarch of the Tan family.

“The trigger of the recall petitions was because mayors were seeing ghost, unfinished, substandard projects… undelivered medicines. We're talking about hundreds of millions of pesos worth of projects that should have gone to the people.”

Before Reynaldo and Mila became the most bitter of rivals, however, they were the closest of allies.

It was Reynaldo who convinced Mila to run for governor in 2001. They supported each other’s campaigns until a falling out happened before 2007.

Aika, while reluctant to go into politics, said she wants to continue the work that her father had started.

“When the recall initiative was dismissed, I lost hope a bit. I asked myself if it was worth pursuing this. Then I saw the faces of the mayors who were supporting us,” Aika said in a mix of English and Filipino.

(If I won’t stand up to them, then who will? If change won’t happen now, then when? I really have to stand up for this even if it's difficult, even if we know that we are up against a formidable wall. Their money is just streaming endlessly. Samareños know where they get their money.) 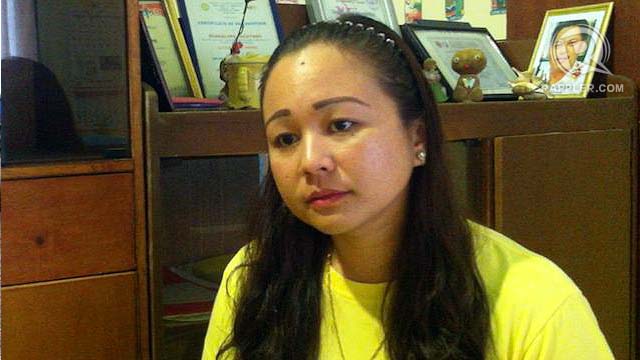 GRIEVING DAUGHTER. Aika Uy seeks justice for her father who was killed in 2011. Photo by Judith Balea

While speculation was widespread that Mila had something to do with Reynaldo’s death, some were saying he had it coming.

Reynaldo was linked to one of two notorious private armed groups (PAGs) in the 1st district, where political violence in the province was concentrated. (Mila is congresswoman in the 2nd district.)

Samar has been in the list of election hot spots for the past 3 elections, said Mejos.

Violence in the 1st district reached its height during the 2007 polls, when 9 political killings were recorded.

Since then however killings began to go down, along with PAG memberships. In January, the leader and members of the Montealto group surrendered to the police. Members of the other armed group — the Moloboco — either moved to Manila or were arrested.

“The Montealto group signified that they will no longer take part in any violent incident. They surrendered their firearms and they signed an affidavit, promising they will be law-abiding citizens,” Mejos said.

The last two “confirmed” election-related deaths happened in 2010, said the police director. No such deaths have been recorded since.

If authorities have made significant strides in reducing violence in the province, little has been done to address corruption, said Fr Cesar Aculan, president of the civil society group Isog Han Samar Movement, and director of Social Action Center of the Diocese of Calbayog.

Aculan said the Tans have used state revenues to fund their campaigns. Their war chest, he noted, is now unmatchable.

“Sa eleksyon, malamang mananalo na naman sila. (In the coming elections, they will likely win again.) They have the resources, the machinery,” he said.

In Samar, money talks in volumes, said Aculan. And because the people are cash-starved, they listen instantly.

Like the past elections, this year's polls are expected to be marred by widespread vote buying.

“In fact, the Tan family need not campaign at all. Sila ang pinupuntahan ng tao ngayong eleksyon (It’s the people who come to them during elections),” Aculan said.

Two former barangay captains — one of them a self-confessed ex-bagman of the Tans — told Rappler that each vote in the province was peddled at P500 in the past elections. If the rate remains the same, it means the 6 Tans running this year would pay each voter as much as P3,000 to get all of them voted. Some on the other hand said the rate has risen to P1,000 per candidate of the family.

Sheeann denied they buy votes. Help is what they give the people, she said.

Samar has 481,278 registered voters and is the second most vote-rich province in Eastern Visayas.

“We want things to change, but how?” asked Aculan. “Change will not happen unless it’s the will of the people.” – Rappler.com