Pacquiao brother: No to coal-powered plant 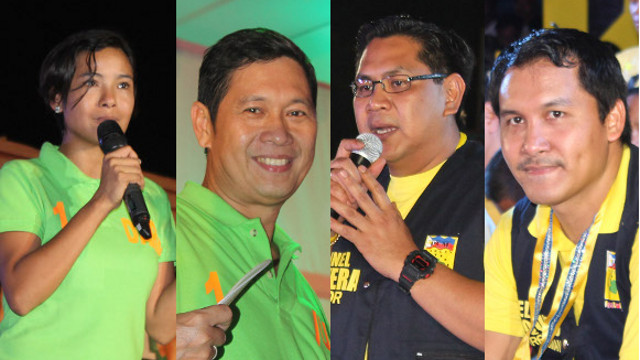 GENERAL SANTOS CITY, Philippines - The younger brother of boxing icon and Sarangani Rep Manny Pacquiao raised concern over the environmental and health impact of the 210-megawatt coal-fired power plant in Maasim town in Sarangani, saying its construction should be reviewed.

His position on the issue has put Rogelio Pacquiao directly against the stand of his rival in the congressional race in the 1st district of South Cotabato. Re-electionist Rep Pedro Acharon Jr has defended the project.

“Right now, we have no other readily available source except the coal-fired power plant," Acharon said over the weekend, in a forum organized by the Diocese of Marbel for all local candidates. His party, the Achievers with Integrity Movement, continues to draw flak for the ongoing power outages in the city that last up to 7 hours each day.

Pacquiao and Acharon were among the local candidates who were asked at the forum to explain their stand on the coal-fired power plant in Sarangani, open-pit mining, and the recently-passed reproductive health (RH) law.

Pacquiao, chief of Barangay Apopong in General Santos City, is running under Vice President Jejomar Binay's United Nationalist Alliance (UNA). He is in a one-on-one race with Acharon of the Nationalist People's Coalition (NPC).

If Rogelio wins, he will join his brother Manny in the House of Representatives.

Pacquiao and Acharon, however, are both against the Sagittarius Mines Inc's open-pit mining project and the RH law.

Rivera said he skirted the issues since Custodio also avoided the controversial topics.

Custodio, former representative of the 1st district of South Cotabato and incumbent General Santos mayor, was among the principal authors of the RH bill that was not passed in the 14th Congress.

As city mayor, she opposed the power sales agreement between the Sarangani Energy Corporation (SEC) and the South Cotabato II Electric Cooperative. The SEC has already started the construction of the first phase of its coal-fired plant in Maasim.

The forum organizers were headed by Bishop Dinualdo Gutierrez, a staunch critic of the power plant project and open pit mining. Like many Philippine bishops, he has also campaigned against RH law.

Gutierrez, however, said he won’t campaign for or against any candidate. He said they will just inform the public by hanging tarpaulins in the church entrances identifying the candidates who are for or against their key areas of concern.

The 74-year old-bishop is set to retire next year, but still wields strong influence among churchgoers in the diocese, which covers Sarangani, South Cotabato, and General Santos City. - Rappler.com