In GenSan, power crisis for the Antoninos 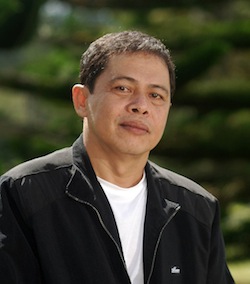 GENERAL SANTOS CITY, Philippines -- For the first time since they began to hold political fort in the city in 1992, the Antoninos have never felt so threatened and so in danger of losing their fiefdom.

You can tell that, for one, by how they tried to play up the recent and unexpected visit of no less President Benigno Aquino III to make a pitch for re-electionist Mayor Darlene Antonino-Custodio.

The President's extra efforts -- going house to house with Antonino-Custodio and devoting more than half of his speech at the indoor rally to an already captive audience -- are not-so-subtle signs that the mayor is having trouble in her re-election bid. They tell of bigger stories.

For added punctuation, the Antoninos are now marshaling their forces and allies to deflect the blame for the crippling power outages that is being directed, right or wrongly, at the city mayor.

But the opposition has now found even more ammunition against the Antoninos after the business community seemingly parroted the line of the Antoninos of blaming Socoteco II for the city’s power shortage woes. The General Santos City Chamber of Commerce and Industry hastily organized a press conference to say this last Friday.

The normally sober and conservative business community suddenly became vociferous and combative, even disowning some of their own, calling for the "retirement" Socoteco II manager Rodoflo Ocat and then withdrawing support for its Board of Directors.

But instead of unifying the city’s disenchanted community, they only fanned the flame of discontent -- so much so that some of their board of directors are said to be contemplating resignation over the way the press statement “was rammed down their throats.”

To illustrate how the power issue is hurting the campaign of the Antoninos to have Darlene re-elected, the usually media-aloof family has lately been reaching out to the press. Last Wednesday, they called a press conference to yet again tackle the power crisis that is bringing the city into a standstill.

To their credit, the Antoninos have now realized that they were mistaken when they nonchalantly dismissed the power crisis missiles fired at them. They have finally found stop-gap measures to address the 7-hour daily brownout that is causing the residents' blood pressures to shoot up. 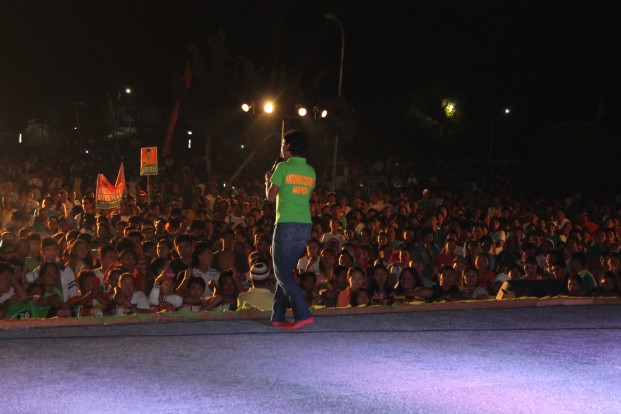 The city mayor’s mother, Mindanao Development Authority chair Lualhati Antonino, had insisted that the power crisis facing Mindanao was artificial and orchestrated to allow the entry of fossil-fired power plants. She now concedes that the power crisis is for real and that industry players who raised the red flags 6 years ago were right after all.

She is acknowledging too that the power plant project of the Sarangani Energy Corporation in Maasim, Sarangani, which they once loudly opposed, is now, in fact, a strategic solution to the city’s power shortage woes.

Whether they have made a timely adjustment or have come to the realization too much too late, we will know in less than two weeks.

If there is one singular issue in which the Antoninos will sink or swim, it is power – the commodity kind.

But is it not ironic that the power issue could also put them out of power? Has Olympus begun to fall? - Rappler.com