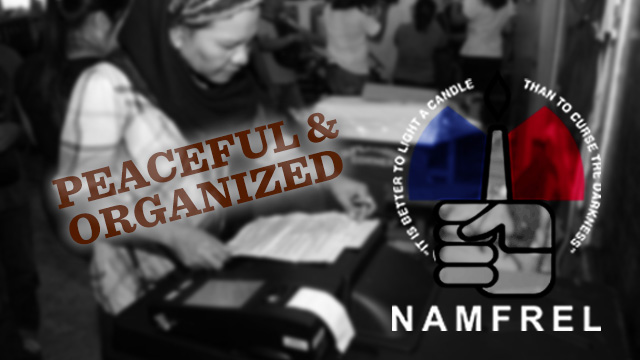 In a press release on Monday evening, May 13, Namfrel Chairperson Corazon dela Paz-Bernardo said, "We are happy to note the enthusiasm and patience of voters who braved the long queues and heat."

"We would like to thank our volunteers, and most especially the Bureau of Election Inspectors (BEI) and the Philippine National Police (PNP), who performed their duties as Filipinos in ensuring a clean and peaceful election," he added.

Namfrel is one of the Commission on Elections' (Comlec) official citizen's arm for the midterm-elections. - Rappler.com