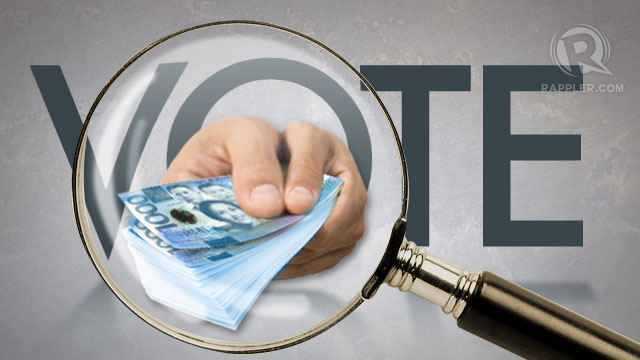 MANILA, Philippines – For the Commission on Elections (Comelec), candidates shouldn't get more than they should spend.

He said some candidates, for instance, use the elections for fund-raising, then eventually withdraw their candidacies. “It's used for money making,” he said in a mix of English and Filipino.

Lim added, “It also encourages candidates to exceed expenditures, then leave the excesses undeclared in the statement of contributions and expenditures (SOCE).”

Lim also noted proposals to increase the limits in campaign spending, from P10 or P20 per voter. He said this depends on Congress, which will have to amend the law.

“But we should consult the National Economic and Development Authority and the Bangko Sentral ng Pilipinas, because they are more competent when it comes to economic factors like inflation,” the commissioner explained.

Republic Act 7166, or the Synchronized National and Local Elections Law, allows candidates for president and vice president to spend up to P10 per voter. It allows their political parties to spend P5 per voter.

For other candidates, the allocation is P3 per voter. In addition to this, the political party in the candidate's constituency may spend up to P5 per voter. The law allows independent bets to spend P5 per voter. – Paterno Esmaquel II/Rappler.com