GENERAL SANTOS CITY, Philippines - With less than a year before the May 2013 elections, key political players are consolidating their forces in southcentral Mindanao (Socsksargen), with General Santos City expecting to witness the most costly local race in the region.

In South Cotabato, environmental issues are likely to take center stage as Rep Daisy Avance-Fuentes is poised to reclaim the province's gubernatorial post.

Like the rest of the Philippines, elections here have become the almost exclusive domain of people who have the resources to win votes. Blame it on or credit this to the Antoninos -- and now the Pacquiaos and Riveras.

If current plans push through, we expect money to flow in General Santos City next year, because two of the city's richest political families are poised to slug it out in the mayoral race.

Incumbent Mayor Darlene Antonino-Custodio will most likely run against the city's top councilor, Ronnel Rivera, who has already forged an alliance with Sarangani Rep and boxing legend Manny Pacquiao, one of the country's wealthiest men.

Pacquiao, who ran and lost to Custodio in the 2007 congressional race in the 1st District of South Cotabato (which includes General Santos), is fielding his younger brother Rogelio for the same position. Rogelio (Roel) will try to unseat Rep Pedro "Jun" Acharon, a partymate of Custodio.

The General Santos City mayoral contest will be pitting old money against the resources of the nouveau rich. 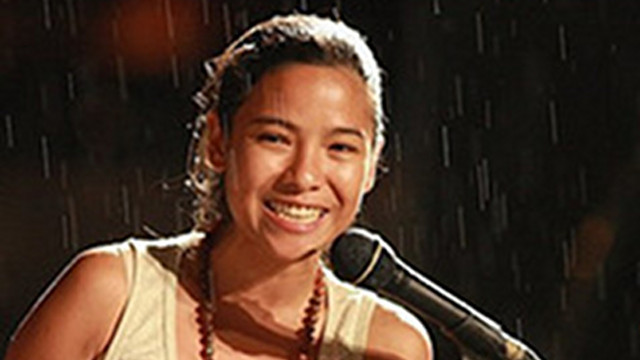 Custodio is the older of two daughters of Adelbert Antonino whose father and mother were once senators.

The Antoninos built their empire in the 1950s through their logging business in Kiamba and Maitum in Sarangani, once a part of South Cotabato. They have since expanded to real estate, banking, distributorship, printing, fishing and other related businesses. When Adelbert Antonino divested his interests at the Rizal Commercial Banking Corp after winning in the 1987 congressional race, he reportedly received at least P500 million for his shares alone.

Together with their political allies in the Acharon family, the Antoninos have been in power in the city since 1987, except in 1995 when an overconfident Adelbert lost to Rosalita Nuñez for mayor. He regained the post in 1998 and Nuñez would never recover from that political setback. 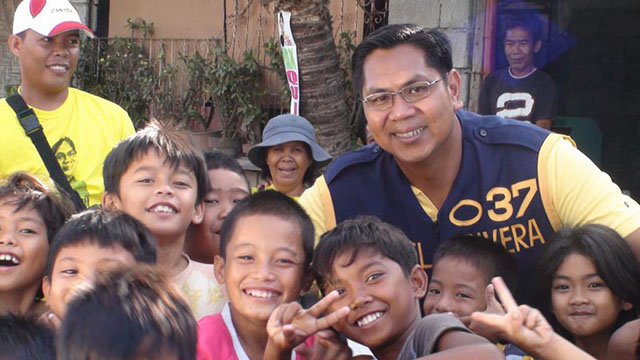 Rivera, on the other hand, is the third child of fishing magnate Rodrigo Rivera Sr whose family owns the largest General Santos City-based tuna fishing fleet in the country today. Rivera Sr. built his business empire in the early 1980s and is now into banking, financing, real estate and real estate development, hotel and resorts, hardware chain, manufacturing, aquaculture, food processing, and other businesses. The net worth of the Riveras is easily way above the billion-peso mark.

Ryan, eldest son of Rivera, once ran against Darlene Antonino-Custodio for mayor in 2001 but lost.

Councilor Rivera however crashed into the local political scene by topping the 2010 race for councillor and running as an independent.

In alliance with Rep Pacquiao, Rivera was able to consolidate all anti-Antonino forces and will likely field a slate to include personalities identified with the Nuñezes and others who unsuccessfully tried to dislodge the Antoninos.

When Manny Pacquiao lost to Darlene Antonino-Custodio in 2007, he reportedly spent more than P120 million while the Antoninos allegedly spent almost double the amount.

The money that will flow in next year’s local elections will largely depend on how local alliances are struck in the province of Sarangani. If both camps consider 2013 as a go-for-broke affair, their combined electoral spending could top the billion-peso mark.

Pacquiao has already declared his plan to trade places with Sarangani Gov Miguel Rene Dominguez, who is on his last term. 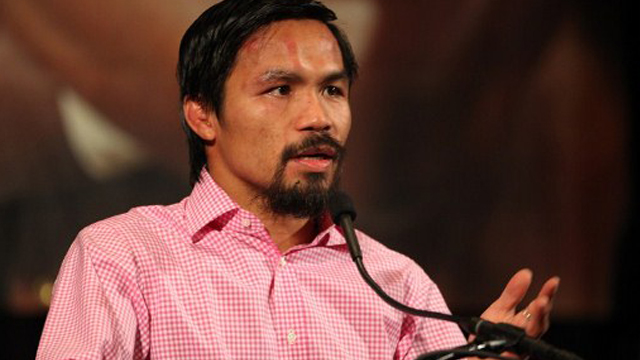 In 2010, Manny overwhelmingly won over Roy Chiongbian, a member of the Chiongbian family who are longtime allies of Dominguez.

Pacquiao and Dominguez, friends before their political parties went separate ways during the last election, have become allies again, and both have announced their plans to swap positions.

Some quarters from Pacquiao’s camp, however, are not hiding their intention to thwart the alliance between the two young politicians.

Joining the mix is Vice Gov Steve Solon, who is not coy about running for governor provided Pacquiao kept his current post. Solon, a grandson of James Chiongbian who created the province, reportedly offered Dominguez to be his vice governor.

Sources from both camps said Dominguez and Solon are on the verge of a political break-up if not already enemies. Should Pacquiao opt to run for governor, Solon is likely to run for congress, putting himself on a collision course with Dominguez. 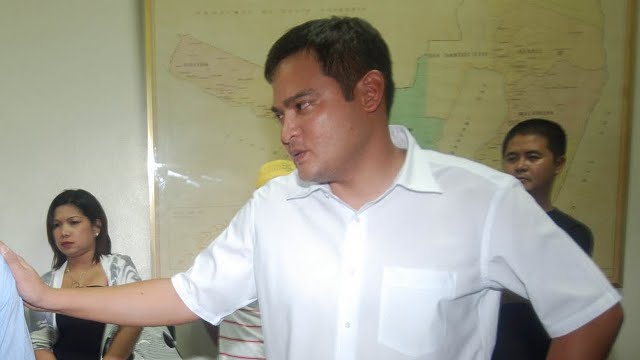 Last month, Dominguez, formerly of Lakas-Kampi, quietly took his oath as a member of the Liberal Party of President Benigno Aquino III. It was LP stalwart and Budget Secretary Florencio Abad who persuaded him to join the ruling party. Pacquiao, on the other hand, has joined Vice President Jejomar Binay’s PDP-Laban. Solon is a member of Lakas-Kampi.

If Solon is eased out of the equation as a result of a Pacquiao-Dominguez tandem, longtime Pacquiao lawyer Jeng Gacal could end up as the running mate of Pacquiao in the gubernatorial race.

But it is to the best financial interest of Pacquiao for Solon agree to just run for re-election as vice governor. The less messy the local fights, the cheaper for the man who is aspiring for a national seat in 2016.

Pacquiao has been sending signals he will run for senator in 2016.

Clearly, it will save him resources if he and Dominguez remain allies. Should that alliance hold, Pacquiao can concentrate on financing the campaign of younger brother Roel and helping Councilor Ronnel Rivera in the mayoral race in this city -- with still plenty of money left for a 2016 Senate run.

In nearby South Cotabato, Gov Arthur Pinggoy will have his hands full against Rep Daisy Fuentes, who is raring to make a comeback as governor of the province after just one term as a member of the House of Representatives. (Fuentes served for 3 consecutive three-year terms in 1992 to 2001 before running for and winning as governor in 2001. She again ran for Congress in 2010.)

Fuentes is a longtime ally of the Antoninos. Pinggoy and Fuentes are former allies, too.

As far as public-interest issues are concerned, the South Cotabato gubernatorial race will prove to be most interesting.

It was under the stewardship of Fuentes when the Provincial Environment Code was passed by the provincial board. The ordinance banned open-pit mining in the province. Fuentes signed the ordinance a few weeks before her term ended.

While Pinggoy has repeatedly stated he will implement the ordinance unless stopped by a court, he also said he is open to reviewing the code. What is preventing him from reviewing it is the fact that majority of the members of the provincial board are opposed to open-pit mining.

Pacquiao can't afford to ignore this issue, too, since his brother -- who is gunning for for the 1st congressional district -- will have to woo the votes of residents from Tampakan, Tupi and Polomolok, all municipalities of South Cotabato.

South Cotabato is host to the exploration activities of Sagittarius Mines Inc. (SMI), an X-Strata-controlled company that owns the US$6-billion Tampakan Copper and Gold Project.

Early this year, the government denied SMI's application for an environmental clearance certificate.

SMI has already announced it will use the open-pit mining method to extract cooper and gold ore deposits in the mountainous villages of Tablu and Danlag. SMI’s projected 2016 commercial production, however, runs contrary to the provincial ordinance, as well as the advocacy of the local Catholic Church which is opposed to large-scale mining operations.

Instead of contesting the ordinance before the Supreme Court, SMI is lobbying the Office of the President to have the province repeal the local legislation. It is expected that SMI will support local candidates who will pledge to repeal the controversial but landmark local ordinance.

Local political parties have barely 4 months to finalize their slates, since the Commission on Elections has set an October deadline for the filing of certificates of candidacy.

For some, it could just be a matter of adding a candidate or two in their line-ups. But for others, 2013 is seen as a challenge to field the best candidates and maximize resources. The region braces for more interesting times. - Rappler.com