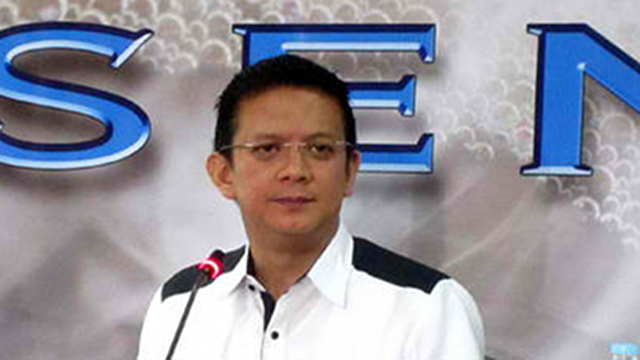 Escudero is an ally of both Binay and President Benigno Aquino III, who chairs the ruling Liberal Party (LP). He has been mentioned as a candidate of both UNA and LP.

“I think Chiz is going to join the [UNA senatorial] ticket but he has his own way of campaigning. He can campaign alone. He does not have to ascend the stage of any rally if he does not want,” said Enrile.

Yet in a press conference later that day, UNA said it stands by its policy for candidates to campaign exclusively with the group. It remains to be seen if Escudero will abide by this policy.

Contrary to its earlier pronouncements, UNA deferred naming new senatorial bets. UNA leaders said the alliance is considering 7 to 8 personalities for the remaining senatorial slots and will have to convince two to 3 of them to give way. The candidates UNA named so far are:

During the press forum, Enrile added another nail to the coffin of the proposed “super coalition” between UNA and LP. Malacañang and LP leaders have also rejected the proposal.

Enrile stressed that the proposal was just a personal opinion of Ejercito, not the executive committee composed of himself, Binay and Estrada.

The Senate President, however, said UNA was not compromised by Ejercito’s proposal.

“We are free to talk, whether our talk is hot air or good air or cool air.”

Enrile added that UNA intends to present a complete senatorial slate, with the alliance acting as the administration’s “constructive fiscalizers.”

“We are under a democratic setting and there are two political groups contending for power … The people will select the senators that they want to elect so how can you possibly merge two tickets?

Enrile also downplayed criticism of political dynasty in the event that his son wins and joins him in the Senate.

“I’m on my way out. I respect my son’s design. We’ll be together in the Senate for just a while. I will step down in 2016,” he said in Filipino.

Enrile also cracked a joke about his son’s campaign slogan, taking a page from the Senate President’s own popular slogan in 2010, “Gusto ko, happy ka!”

Asked about a possible slogan for Enrile Jr, he said, “Friend kita!” – Rappler.com