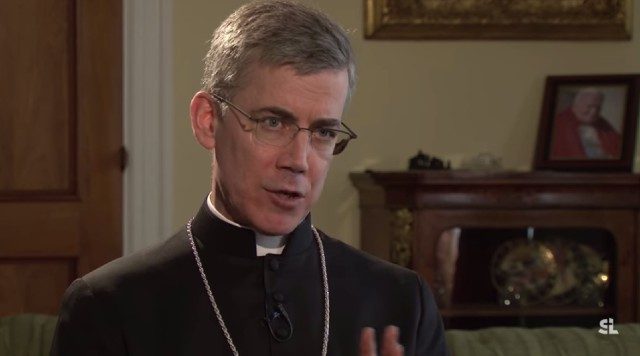 Facebook Twitter Copy URL
Copied
This ends a 9-month wait for a new apostolic nuncio to the Philippines, which has also stalled the selection of Cardinal Luis Antonio Tagle's successor

After a months-long wait, Pope Francis on Monday, September 28, named Archbishop Charles John Brown, an American prelate, as his new ambassador to the Philippines.

Brown is one of the few non-Italian nuncios assigned to the Philippines, a predominantly Catholic country religiously shaped by Spain but influenced culturally by America. The last time the Philippines had an American nuncio was a decade ago – Archbishop Edward Joseph Adams.

Brown replaces Archbishop Gabriele Giordano Caccia, whom the Pope plucked from his post in the Philippines to become the Holy See’s new ambassador to the United Nations.

Caccia, incidentally, replaced a Filipino in this UN post – Bohol-born Archbishop Bernardito Auza, who was named apostolic nuncio to Spain, the country that brought Catholicism to the Philippines.

Brown’s nomination ends a 9-month wait for a new apostolic nuncio to the Philippines, which has also stalled the selection of Cardinal Luis Antonio Tagle’s successor as Manila archbishop. The nuncio is part of the screening process for the successor of Tagle, now a top Vatican official.

While predominantly Catholic Philippines used to be a more pleasant post for nuncios, Brown takes his post as the Catholic Church keeps a tense relationship with President Rodrigo Duterte. The Catholic Church is one of the staunchest critics of Duterte’s anti-drug campaign, prompting Duterte to curse the Pope, threaten to kill bishops, and call God stupid. – Rappler.com